The first look at Google's free wifi network is here.

Hopefully this will match what gets unrolled in San Francisco. Ever since this was announced, I've been curious what the advertising would look like. The (current) result is the best I could have hoped for - some brief ads on your "home page", then nothing ever after that. I've also been hoping they would allow non-HTTP traffic, and they do, meaning Mountain View will become a mecca for wireless gamers wth PSPs or DSs, or even Internet radio. You know, whatever. 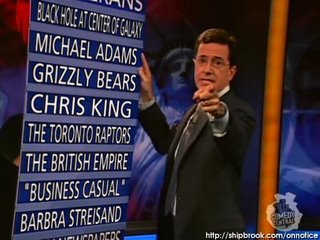 Anyone have advice on what I can do to avoid being moved to the Dead To Me list?
Posted by Christopher Charles Horatio Xavier King III, Esq. at 8:49 PM