My recent gaming experiences have deepened a longstanding obsession over agency in video games: the ability of the player to make meaningful choices that change the game. This week Gameological Society published an intriguing think-piece/interview with a game designer that directly addresses some of the problems I've noticed with modern story-based games. 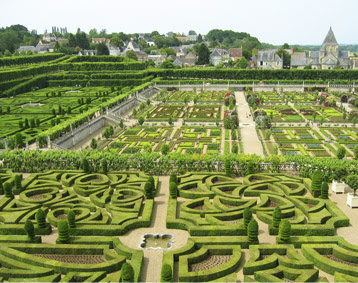 The great expression Charles Amis comes up with in this interview is the "uncanny valley of choice." The term "uncanny valley" is often used when describing simulations of humans in digital media (games, CGI movies, etc.). In general, the more realistic a simulation is, the more we like it. However, once it reaches a certain point, increasing realism actually repels us. (For example, a stylized robot might look "better" than a purely chrome robot; but if that robot gains realistic human skin, while still retaining robotic movements and unblinking eyes, we will feel freaked out.) 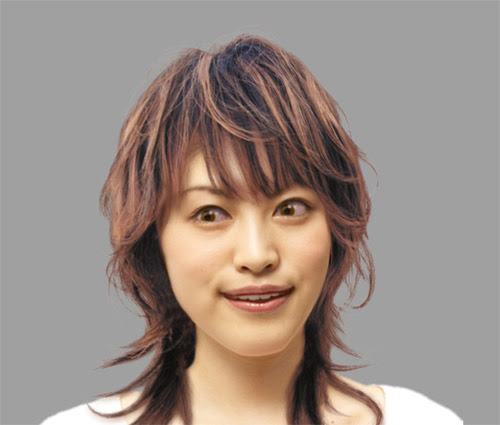 When it comes to gaming, we generally (and I certainly) prefer having more choice. I love feeling like the decisions I make are having a real impact on the story of the game. As Amis points out, though, we may actually end up with a greater sense of agency in a more constrained environment than we do in a free one. If we are using a simple gamepad with four arrows and two action buttons, we will think of all our choices as flowing logically from our limited means of interaction. But, in modern games that give us characters who can seemingly go anywhere and do anything, it feels a bit shocking when we run up against the edge of what designers have planned for, and realize that we actually are in a maze after all.

This reminded me of a recent experience in Skyrim (minor spoilers follow in this paragraph). One quest that I was initially quite excited about was a murder mystery in the city of Winterhold. You can investigate a crime scene, interview witnesses, and do other things that one would expect a detective to do. I was quite pleased with myself when I discovered who the killer was: I entered his shop, and snuck around while his back was turned, eventually picking the lock on a chest and finding definitive proof inside of his culpability. Sadly, though, the game couldn't acknowledge what I'd done: the quest was designed to unfold in a very linear sequence, from A to B to C and so on, and I couldn't simply jump ahead to step G without having first activated all intervening triggers. So, I had to go back and retrace all the earlier parts of the quest, which led to even more maddening sequences when my character had to say he was ignorant of who the killer was.

A big part of the reason why this was so frustrating was because of the thing I love so much about Skyrim: how it's so very large and you can go anywhere and do anything in any order that you want. If the game as a whole was more constrained and structured, it would not have seemed odd, since I wouldn't have had any opportunities to "jump ahead" in the story.

I just finished playing Episode One of the Walking Dead game, by Telltale Games. It's a pretty stunning experience. I watch the TV show and have read the first three collections of comics. I have mixed feelings towards the Walking Dead franchise... when it's good, it's one of the best things ever, and when it's bad, it's incredibly annoying. So far, the game is probably my favorite manifestation of the franchise, and a big part of that is due to Telltale's approach to storytelling. Structurally, Walking Dead is an adventure game: you have a character who you move around the screen, you chat with other characters, you collect items for your inventory, and solve puzzles to progress the game. However, where most adventure games tend to run on rails (there's only one way to escape the garbage freighter in Space Quest III, Rosella will always make the same choice at the end of King's Quest IV, Manny and Hector will never become friends in Grim Fandango), Walking Dead lets you make choices that can radically influence the tone of the game and the direction of its plot

When games do allow meaningful choices, the impact of your decisions is generally conveyed in one of two ways. The first is a branching narrative. I recently encountered this in my current re-play of Dragon Age: would I fight a virtuous yet misguided opponent, or would I surrender to them?  Depending on my choice, I will play through entirely different sections of the game. The path I didn't choose is closed off to me, at least until I re-play the game later. The second way to communicate the impact of choice is through flavor. If I steal from people, guards will address me as an untrustworthy thief; if I refrain from theft and act kindly, then guards will hail my presence. In this case, the actual gameplay remains unchanged, but my emotional reaction to it will shift based on the feedback I'm receiving.

The Walking Dead has been very interesting: I haven't re-played it yet, but as far as I can tell, it seems like your choices impact the CONTENT of the game, but not the STRUCTURE of the game. In other words, you may get to choose between saving person A or person B. You'll still go to the same destination after that is done; but only one person will be there when you arrive. Of course, each person will have their own unique dialog, and other characters will respond differently based on the choice you made.

Now that I write this out, I guess that it isn't that unusual of a structure - it's quite similar to what Mass Effect accomplishes. The difference may be that, with The Walking Dead's more constrained structure, it feels like you are constantly making choices that have deep repercussions. Mass Effect's choices are just as sweeping, but perhaps get buried within the larger context of the action game around it, so minute-by-minute your decisions don't seem to make as large of an impact.

Since I started typing this up, I received a link to a fascinating new magazine called Haywire. Its most recent issue is dedicated to exactly this topic: choice. The whole thing looks pretty interesting, but the bit I've glommed onto is a long interview with Chris Gardiner, the creator of BELOW and one of the main writers in Fallen London. Chris gives a cogent overview of Failbetter Games' philosophy towards choice, which is both pragmatic and effective. As he points out, it is wasteful and frustrating to make choices that permanently close off experiences to players. At the same time, you want to help players feel like their decisions have significance. Failbetter uses several techniques to balance these tensions. First, about 90% of each game should be accessible by everyone; that makes the remaining 10% that's unique (e.g., content related to Ambitions or your faction alignment) feel particularly special. Secondly, it seeks to acknowledge your decision, while not necessarily creating unique story for each decision. For example, after completing the Affair of the Box in Mahogany Hall, you will always move on to Spite regardless of the decision you make in the Hall, but the game gives you an opportunity to reflect on your choice afterwards. Third, Failbetter uses "qualities" to track progress within the game, so instead of a pure binary position (did you save the princess or not? did you ally with the Dothraki or the Stormlords?), you can measure your progress along a scale (how much does the princess like you? how deeply do the Dothraki respect you? how many times have you aided the Stormlords?). This in turn can drive other content in the game: advancing a quality to a certain point may open new possibilities for you, or provide different flavor. (Fallen London has a good example of this: every player can start the Theological Husbandry storyline, but your Aligned: Church quality will affect the flavor text describing how you begin it.)

Ultimately, there's no one right way to do choice in a game. Some games are going to be able to provide seemingly endless possibilities and reward players for thinking outside the box. Other games will deliberately restrict themselves by designing limited interfaces, and create compelling choices from the few options they provide. While there's no single right way to create good choice systems, there are many ways to make bad ones. Teasing a gamer into thinking they have the freedom to come up with their own solutions, only to reveal that they are actually constrained in a narrower system, will doubtless frustrate people. Reneging on the consequences of a player's choice will also anger gamers (witness the debacle over Flemeth's fate from Dragon Age Origins to the sequel). Choice is a compelling factor, but also a delicate illusion, and the more a game relies on choice to drive its emotional impact, the greater the threat of disappointment when the illusion fails.
Posted by Christopher Charles Horatio Xavier King III, Esq. at 8:51 PM