Quickie review for a quick book:

How to Archer is a cash-in, but a very entertaining and well-written one. Narrated in the voice of Sterling Archer, the protagonist of the FX show Archer, this book fully inhabits the weird world described by that show, both in maintaining its comic tone and its weird anachronistic milieu.

It's structured as a how-to book, with each section focusing on one particular aspect of Archer's career as an international playboy secret agent: cocktails, firearms, prostitutes, gambling, tailoring, and more. He maintains the sense of smug superiority throughout, openly disparaging the reader's ability to even hope to operate at the same level as himself. 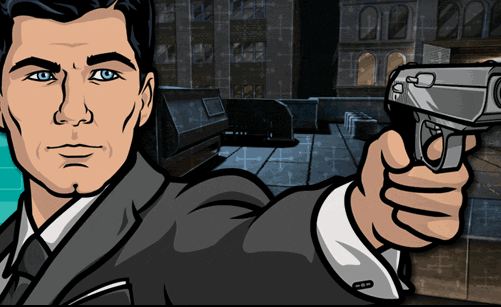 That voice is probably the best point of the book. It's almost impossible to not hear H Jon Benjamin's voice in your head while reading this, complete with the appropriate pauses and sotto voce asides. This is done particularly well through footnotes, which perfectly communicate Archer-isms: the little thoughts he has out loud when speaking about something else.

As a printed tie-in to a beloved comedy show, this book reminded me in a good way of The Daily Show's America (The Book). In both cases, the show's writers produced the content of the book, but presented it in such a way that it seems to spring from the lips of characters on the show (the Daily Show correspondents or Sterling Archer). Coincidentally, both books are also somewhat loosely structured: you can easily flip around, find a section header that sounds interesting, and then jump in and be amused.

It's a slight book, with consistently high quality inside, and makes a great gift for fans of Archer. If you're thinking of getting it yourself, you might want to wait until after Season 4 ends so you'll have something to help tide over the time between seasons.
Posted by Christopher Charles Horatio Xavier King III, Esq. at 9:40 PM