I've been taking my time reading through George Saunders' The Tenth of December. I've previously read almost all of the stories from The New Yorker, so I don't feel the same manic urge to plow through them. This is probably a good thing… I'm lingering a bit more, and noticing some new things that I hadn't before. 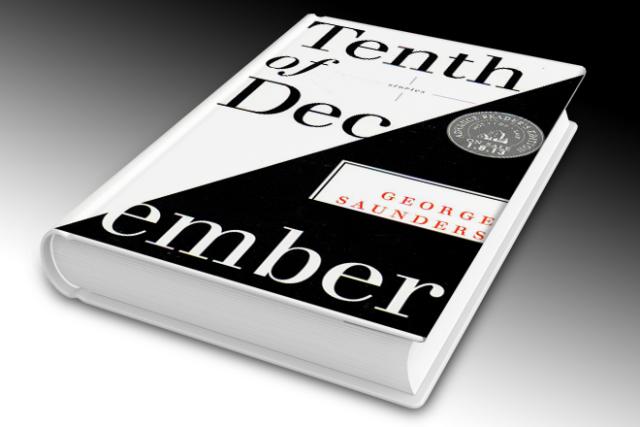 The book as a whole is kind of perfect. It manages to be simultaneously heartbreaking and warm, without ever coming across as melodramatic. Saunders has always been great at striking emotional chords, but this time it feels like those human elements are at the center of his stories, and not something that happens along the way. That's mostly due to the style and structure he uses in these stories, but I think part of it comes from the settings. In the past, many of my favorite stories of his have been set in a sort of near-future mild dystopia. That's true for a couple of stories here, most notably Escape from Spiderhead and The Semplica Girl Diaries, but most of them seem like (absent an invented brand name or two) they could easily be happening right now. As is always the case for Saunders, even the "futuristic" stories are primarily focused on the characters and their voices.

I found myself often thinking back to George Saunders' book-reading and Q&A at Book Passage, and in particular his comments on empathy. It's an incredibly rare gift, both in people and even more so in writing. We're so often stuck in our own heads that it can be hard to understand why other people act the way they do, say the things they say, choose their choices: we tend to interpret everything another person does relative to our own preferences, and can often ascribe malice or foolishness to the actions of others.

That's an even greater risk in aggregate. Historically, groups of people have often damned entire other groups, such as saying that all Germans are homicidal. Today, we're often striated within social groups, and apply sweeping generalizations to members of other groups with whom we rarely interact. So, we get many people believing that 47% of Americans are lazy, selfish freeloaders; or people believing that the top 1% are heartless, vindictive, rapacious exploiters; or that Christians are bigots; or that atheists are amoral. If we encounter a member of the other group, we automatically ascribe these shortcomings to them.

How can we overcome those prejudices? Usually, it takes getting to actually know someone well, and in particular to have succeeded together as a team. However, I think that Saunders shows the great potential of fiction in providing similar eye-opening experiences. He doesn't come at this from a moralistic or a judgmental angle, saying "Person X is actually really wonderful, and you should respect them for who they are!" No: he shows life in all its messiness, and its complications, and gently suggests that things may not be as clear-cut as they first appear.

That's true through much of this collection, but the best example may be from the story "Puppy". To oversimplify the story, it's about an upper-class family encountering a lower-class one. We shift between the perspective of two moms, both who want to protect their kids and make them happy. This causes some very dramatic shifts. Items that were casually breezed over by the lower-class mom are lingered over in dread by the upper-class one. What one thinks is a clever solution is seen by the other as child abuse.

There's so much I like about this. Saunders avoids any sort of simple equivalency between the two: the derision and contempt go entirely in one direction, and feel all the sadder and more real for it. And even though I was reading this for the second time, I once again felt the odd vertigo of shifting my opinions from scene to scene. I think I'm ultimately on the "side" of the woman answering the ad… but now I cringe when I read her horror at the scenery inside the house, since I'm pretty sure I would react in much the same way (with fury inside my own head and icy politeness in my mouth), and I can also feel how badly the other woman is hurt by this, and how she's really trying to do her very best by her own lights.

The few stories that weren't originally published in the New Yorker are on the shorter side. One particularly clever and frightening one is "Exhortation", which was written for McSweeney's. I was pretty astonished to find out later that it had been published all the way back in the year 2000. When I was reading it in the collection, I immediately assumed that it was written in a world aware of Abu Ghraib, Guantanamo, and KSM. Saunders now seems incredibly prescient; that's a very dark piece to have written in pre-9/11 days.

It's interesting to think of how Saunders' stories may or may not be connected with real-world events. In the Q&A, Saunders mentioned that the story "Adams" was originally conceived during the debate over whether Saddam Hussein possessed weapons of mass destruction. The final story "Adams" has nothing to do with that topic, which just provided a seed for it. One particular story in this collection, "Home," seems impossible to read as anything other than a description of veterans returning from the war in Iraq and Afghanistan: sure, the wars are never named, but with civilian characters discussing whether it's one war or two, and whether or not they're still going on, it seems a pretty clear invocation of the contemporary conflict.

"Home" is also a great example of Saunders' aching sense of humor, which leaves you torn between laughing and crying at the same stimulus. The running "joke" in "Home" is how everyone will say "Thank you for your service" to the narrator/protagonist, regardless of the circumstance: a clerk in the store, or a repo man taking his possessions, or a cop evicting his mother, or the man who cuckolded him. Returning to this phrase over and over again, Saunders draws out its awkwardness and banality, showing how this phrase that seems to express appreciation is actually used as a shield to deflect meaningful engagement.

I could go on, but I won't. My favorite stories are probably "Victory Lap," "The Semplica Girl Diaries," and "Tenth of December." Everything here is worth reading, and a great example of Saunders' ever-growing excellence.
Posted by Christopher Charles Horatio Xavier King III, Esq. at 8:51 PM