Joys of the True Reader

Way back when I first started reading Roberto Bolaño, I was under the impression that he had only written two novels: 2666 and The Savage Detectives. I read them in the wrong order, and figured I had read his entire (prose) body of work. It was not so! I've since learned that he actually wrote several books; it has just taken time for them to get translated into English, and since he didn't start to become known in the United States until after his death, there hasn't been a clear understanding of what he has written.

I've peeked at a few reviews from some of the more recent books published, and get the impression that those first two novels are his masterpieces. Not to say that the other books aren't good, but I don't think any of the other books have the same epic size and scope. Still, Bolaño is Bolaño, so I happily grabbed a copy of Woes of the True Policeman when I saw it at my library. 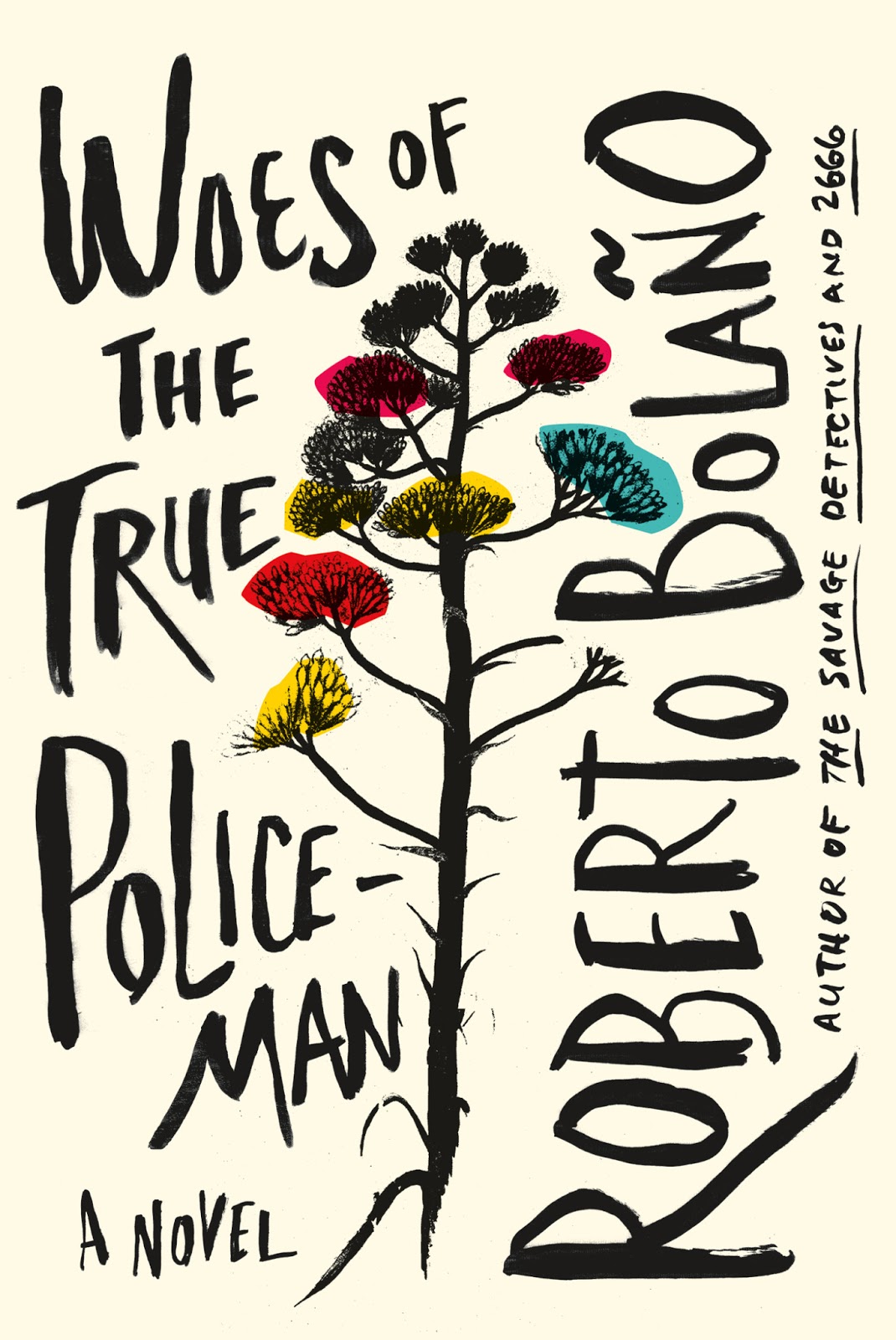 When I read the very first chapter, I thought, "I've read this before!" One character is explaining to another how to categorize poets, and using a startlingly fine-grained (and probably offensive) taxonomy of sexuality to divide them. It's funny, and surprising, and was uncannily familiar. I still can't place exactly where I first read it... it seems like something that would have come up in The Savage Detectives, which was similarly obsessed about poetry, but it could also have been a stand-alone extract from the New Yorker or something similar.

WotTP has some other similarities and overlaps with other Bolaño books. Stylistically, it is more focused than 2666 or TSD, but it seems to follow a similar emotional arc: starting with a sense of humor and fellowship, with various people meeting and pursuing common interests; then gradually getting drawn farther north, towards the increasingly sinister city of Santa Teresa, as a sense of unease slowly grows up around the characters. There are some splashes of unexpected violence, but oddly mediated violence, in such a way that it colors our perception of the world while leaving the protagonists unbroken and vulnerable.

There's also a good amount of crossovers and cameos between the various books. I'm increasingly coming to understand Bolaño's stories as a kind of shared universe, not entirely unlike what you find genre authors writing, where characters and incidents from one book will play supporting roles in another. (My favorite example: the meaning of 2666 itself can't seem to be found anywhere within the eponymous novel, and instead, the best description we get is buried near the end of The Savage Detectives.) The main character of this novel, professor Amalfitano, has appeared in other books by the author; and the author who he translated, Arcimboldi, was a significant character in 2666. While we don't see any of the Visceral Realists in WotTP, we do learn about many poets (some true, others fictional), and I'm pretty sure that there's at least some overlap with the fictional poets that were introduced in TSD. I recognized a few other shared elements as well, like the bullfighter and the long line of Maria Expósitos.

Amalfitano is the main character, and he's quite likeable. He seems like a gentle person, a man who has endured physical pain and emotional loss and continues to make his lonely way through the world, mainly motivated by a desire to provide a better life for his daughter. He's certainly no saint; I loved the section that describes all his enemies, and he can certainly be dense or condescending at times. Still, I kept hoping that he would be able to build a secure future for his family while also finding some happiness for himself.

Most of the other characters, apart from Rosa, only appear briefly and aren't quite as deeply drawn, but still manage to say or do something evocative that lingers in your mind for a while. The farther you get in the novel, the more loosely the characters seem to be connected with Amalfitano, and you spend more time hearing foreboding stories about ancient sins committed in Villaviciosa, the dreams of police officers, and other increasingly strange encounters.

The book ends on a profoundly melancholy thread. Perhaps more ominous than melancholy. It feels like many dangers are hovering over Amalfitano; we don't know if any of them will strike, or what would happen if they did. He seems to have avoided the risk of AIDS from Padilla, but that liaison and his current ones might cause him to lose his posting, which seems to clearly be the last refuge he can find. The policeman is hovering over his movements and infiltrating his life... but seems weirdly passive, like he won't actually disrupt Amalfitano's life, but instead will leech the goodness from it. Pancho... I can't figure out Pancho, who seems to want so badly to impress Amalfitano, and then becomes extremely suspicious. Pancho could kick out Amalfitano, or tap him to direct the school's next musical. Pedro seems like a man capable of causing trouble, but Amalfitano seems below his interest. And what about Rosa? She already seems to be slipping away, abandoning their shared bond of books for a solitary love of videos. I'm not sure of the chronology of the book, but one of the sections ends with her disappearing in the company of a black man, and I wonder if that's actually the last event to take place in the book. Given all we know of Santa Teresa's horrors from 2666 - and, in fact, we do get an abbreviated glance at those horrors even here - I shudder to think at what might lie in her future.

According to a note at the end, Woes of the True Policeman wasn't completed at the time of Bolaño's death, but was at an advanced state of revision. They were able to see the history of computer revisions and edits he made to printed copies to understand the progress of the novel. What was published here reflects the "final" state of the book as he left it, with only very minor editing. I get the impression that the final work might have been a bit tighter, but would have been very similar in form.

I really enjoyed this book. It doesn't reach the transcendent heights of 2666 or The Savage Detectives, but it's a far more accessible introduction to the world he created for those books, and it's also of interest to fans who want to see more of some elements from the longer novels.
Posted by Christopher Charles Horatio Xavier King III, Esq. at 10:42 AM