Hey, look at this! 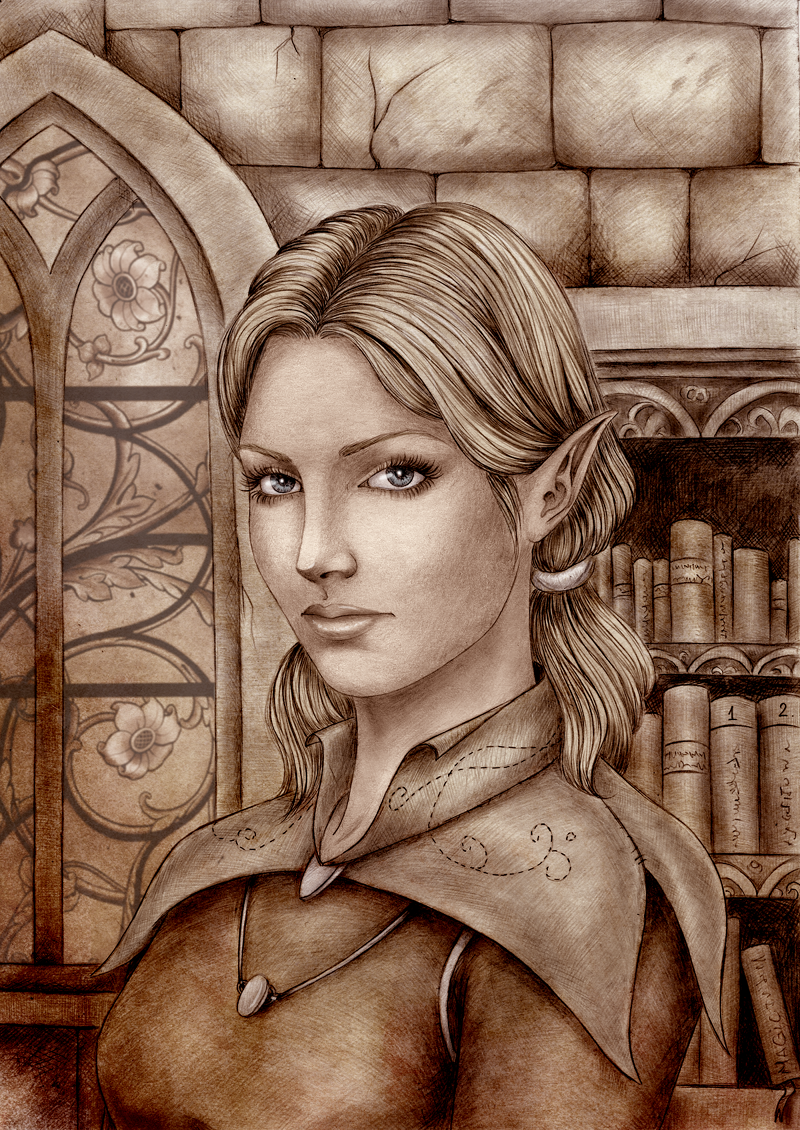 Big thanks to Isbjorg for drawing Kiriyon, my elf mage from my most recent play-through of Dragon Age: Origins. I love Isbjorg's incredible fantasy art, and am thrilled to see my character come to life in this way.

Kiriyon was really fun to play. I'd initially been concerned that she would seem too similar to Seberin, the male dwarf commoner rogue from my first game: both are fundamentally good people who get along with everyone in their party, romance Leliana, and make many of the same decisions at critical plot points (succession in Orzammar, conflict in the Brecilian Forest, etc.). The farther along I got, though, the more her personality clarified itself to me. Kiriyon was a quieter person, and kinder as well: where Seberin would finally make the "right" decision after complaining about it and making sure he had exploited every opportunity for pecuniary gain, Kiriyon felt a deep empathy for the people she encountered, and regularly sacrificed of herself for their benefit. As an elf and a mage, she grew up doubly familiar with discrimination and ostracization, set aside from mundane human society by their fear, mistrust, and prejudice. Because of this, she had a particular softness for any group of repressed people, and would always seek to lift them up, even at the cost of the greater good. (So, for example, while Seberin's decision for the Orzammar succession was primarily driven by personal family loyalty, Kiriyon's choice resulted from her empathy for the Casteless).

As a mage, Kiriyon retains an appreciation for scholarship. Her duties as a Grey Warden generally keep her on the road, but she enjoys the occasional opportunity to stop by a library, as shown here. After convincing Queen Anora to free the Ferelden Circle of Magi, Kiriyon gained a devout following among mages throughout Thedas, and is warmly welcomed into any Circle she visits (although she sometimes needs to be smuggled past the Templars). Rumors persist that she later disappeared along with Selene Hawke after their combined efforts drew too much attention from the Chantry...
Posted by Christopher Charles Horatio Xavier King III, Esq. at 6:16 PM