Well, after a long period of nervous, agitated fuming, the other shoe has dropped: Rockstar has apologized, but said that they won't be restoring any of the (many!) characters who were deleted from Grand Theft Auto Online thanks to their buggy game and servers. To their credit, they're acting contrite, and instead of doing the targeted work that would be required to make the victims whole, they are offering the broad conciliatory gesture of offering a substantial credit of $500,000 in-game dollars to everyone who plays the game this month. 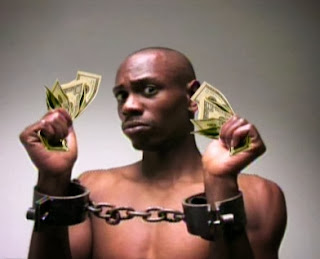 I appreciate the effort, but still feel pretty mad, so I figured, hey, why not write a rambling blog post about it?

As noted in my first post about the online experience, GTA Online follows a dual-track system similar to that found in most free-to-play RPGs. There are essentially two currencies, one based on cash, the other based on experience. Cash can be earned through in-game play, or purchased with real-world money. Experience (RP) can only be earned through in-game play. So, if someone started playing GTA Online and was willing to spend a lot of real-world money, they could quickly buy the best apartment and nicest cars. However, they wouldn't be able to purchase high-level weapons, armor, clothing, tattoos, etc., until they had played the game for a while and leveled up.

The in-game financial compensation Rockstar is offering is quite large compared to the loss I suffered. I had earned a total of GTA$130,000 during the time I played, of which I lost all but GTA$8,000. So, they'll essentially quadruple my money, which is nice. Without any specific effort on my part, I'll be able to pick an apartment of my choice, and a nice car as well, while having plenty of loose change for mission supplies.

However, the problem remains of my lost character. I'm not a power-leveler, and had been enjoying undertaking a variety of missions, as well as exploring the online world, reaching level 13 shortly before it all ended. If I set my mind to it (and had the opportunity), I could probably regain that spot in a solid weekend of playing... but that would feel like work, not like fun.

Now, here's where it starts to get interesting. Rockstar will be offering currency packs that allow people to directly buy GTA$. Given their current exchange rates, the GTA$500k they are offering players is worth US$10. Depending on how they account for it, that's actually a very substantial real-world offering by Rockstar. I haven't heard any specific figures yet on how many players have gone online, but GTA V itself has sold north of 30 million copies; if just one-third of those have gone online, this payout is theoretically worth US$100 million. (In practice, of course, only a small fraction of players will ever spend money on in-game currency, so their actual loss is certainly much smaller.)

But, there's another factor to account for: how much time I spent playing my character before they were killed. If I were to apply my consulting rate to the hours spent building my character, the value of my time would be around US$3000. A far cry from US$10! And obviously not one that Rockstar would ever pay (nor would I want them to).

Once you start looking at this in dollar terms, though, it gets even weirder. If my time is so valuable, then why don't I just buy in-game currency myself? Well... because it isn't fun, right? It's playing the game that's fun, not having the things you can buy with money. I don't want to shortcut the game to get the rewards; the rewards are meaningless without the game.

What would it take for Rockstar to make me whole? My doomed wish was a return of my character: same appearance, same stats, same equipment, same possessions. Since that wasn't in the cards, though, could they have addressed it with a combination of the cash and the RP I had earned?

I've thought about that question far too much, and my eventual answer is "No." The reasons why mostly come down to the nature of the game. If a similar character wipe had happened on Mass Effect 3 Multiplayer, then a combination of XP and Credits would have satisfied me. In that game, your character is defined by your class and your loadout, both of which are unlocked by purchaseable packs. There is a slight amount of customization available, mostly restricted to the colors you assign to a character, but it would take only a matter of minutes to rebuild a lost character, and it would feel like they're the same as the one you lost.

However, that's not the case in RPGs, and it's not the case in GTA Online either. Even if I try to recreate my lost character, they won't be the same. I'll never get them back; they're gone forever. And that sense of loss stings deeply. Like almost all humans, I'm loss-averse: the pain I get from losing something is greater than the pleasure I felt in having it. I feel much worse after having built up and then lost a character than I would have if I had never started playing in the first place.

It's not too unusual for me to get irritated when playing a game: if a fight is particularly difficult, or a puzzle seems too obtuse, or if a bug keeps crashing the game. It's much rarer for me to actually get angry, and in every case I can think of, that anger is the result of a loss of progress. GTA Online was rather painful, but even that paled in comparison to the robbing of my character in Dragon Age Origins (all the worse because, rather than having a character in the cloud who was abandoned by said cloud, that was a supposedly single-player character who was somehow hunted down and violated by the cloud). I think that this may be a specialized version of the sensation of "metaphor shear" that Neal Stephenson writes about in his excellent nonfiction book "In the Beginning... Was the Command Line." We're asked to buy in to the idea that we're creating characters, that our decisions matter, that the time and care we invest in growing them will have lasting benefits. Then one day, we blink and they're gone. We realize that these weren't the people we held in our minds after all: they were strings of ones and zeroes on a hard drive somewhere, and far more fragile and easily destroyed than a creature of flesh and blood could be.

So, why do I get so bent out of shape when this happens? Isn't it silly to get upset when something goes wrong in a game? The more I think about this, the more I think that the source of my displeasure is precisely the fact that it's "just" a game. Consider other sorts of losses. If I were participating in a sports tournament, and was prevented from competing in the championship, I'd certainly be upset; but I'd still have the benefit of all the physical conditioning that I'd built up over a season of training and competition, and thus be noticeably "better" than I was before. If I'd worked really hard on an art project or a novel, only to see it destroyed, I would feel devastated; but I'd have stretched my creativity along the way, and even though I could never regain the work that was lost, I'd have built valuable experience that would probably help make my next project even better. With a game, though, I don't have the justification of building character, or gaining valuable life skills. The entire purpose of the game is having fun, so when that's taken away, there's no ancillary consolation to cling to.

I don't know if it's exactly cognitive dissonance, but I think there's an unpleasant sensation when you're forced to confront the fact that what had seemed like a productive, fun activity was never productive and is no longer fun. We might be wired to go overboard in reacting against that feeling: if I feel this bad, it must be because Rockstar is evil, because they're trying to irritate people, etc., etc. Which obviously isn't true, but blaming a target might be easier than confronting one's own dawning awareness of the ephemeral quality of their pasttime.

Wow, that got real dark real fast! Sorry about that.

Anyways. Despite all the above, I still think GTA Online is a lot of fun when it's actually working and not chopping off your legs from under you. It's been several days since the latest patch came out, and player complaints have dropped off drastically, so it looks like they've finally fixed the most horrendous bugs. Things that used to irritate me, like how your character can suddenly turn bald if you start a mission with a mask equipped, now seem like quaint and pleasant quirks from a captor who is no longer torturing me.
Posted by Christopher Charles Horatio Xavier King III, Esq. at 10:19 PM