It is finished! The tale of Visaas Adaar, irately heroic savior of Thedas, has staggered to its end. 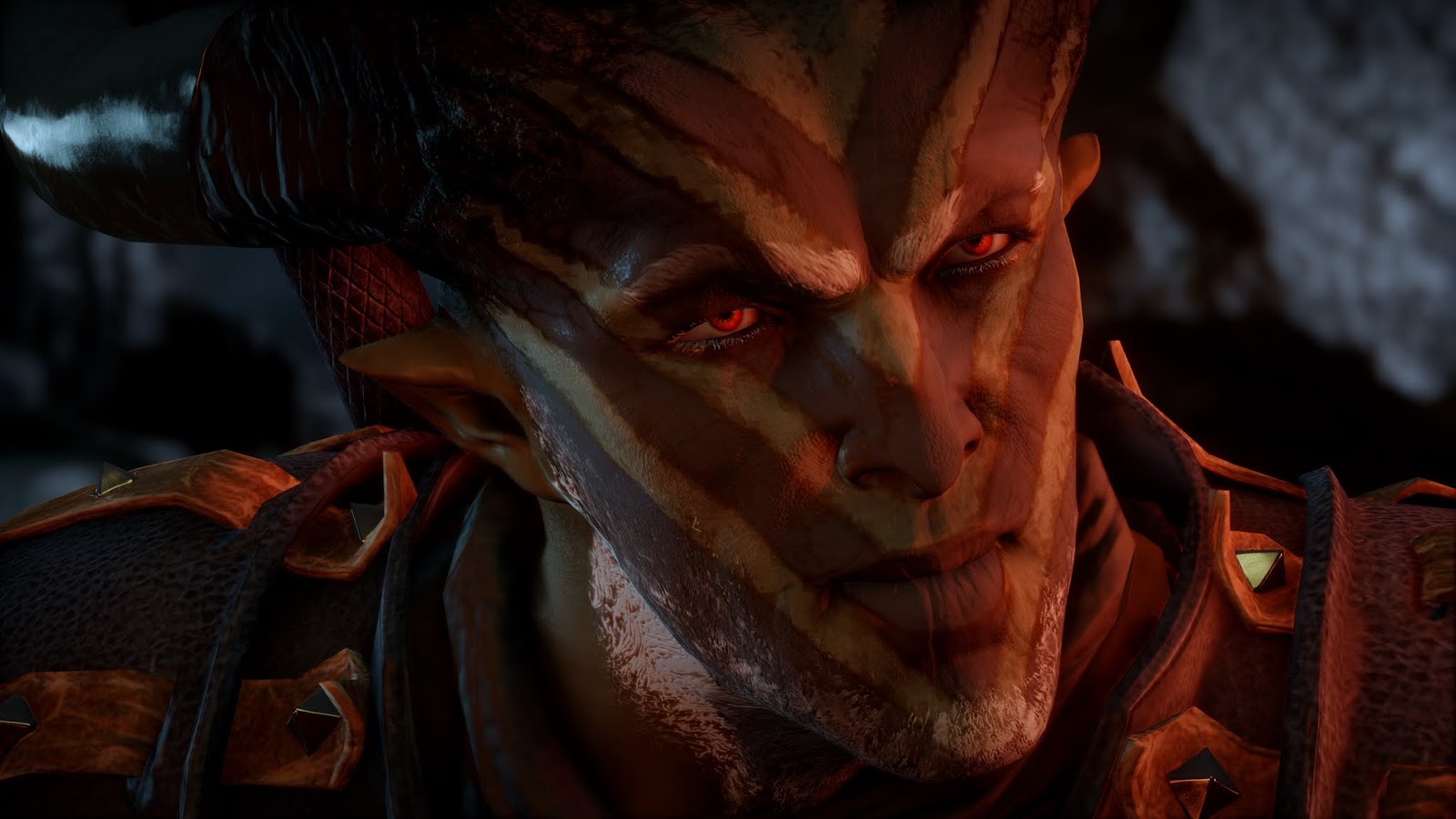 I don’t have all that much to write about here, but I did take a truly insane number of screenshots this time, split into two albums. I know I always say that, but it’s really true this time. I don’t know why I keep doing this. I may need help. 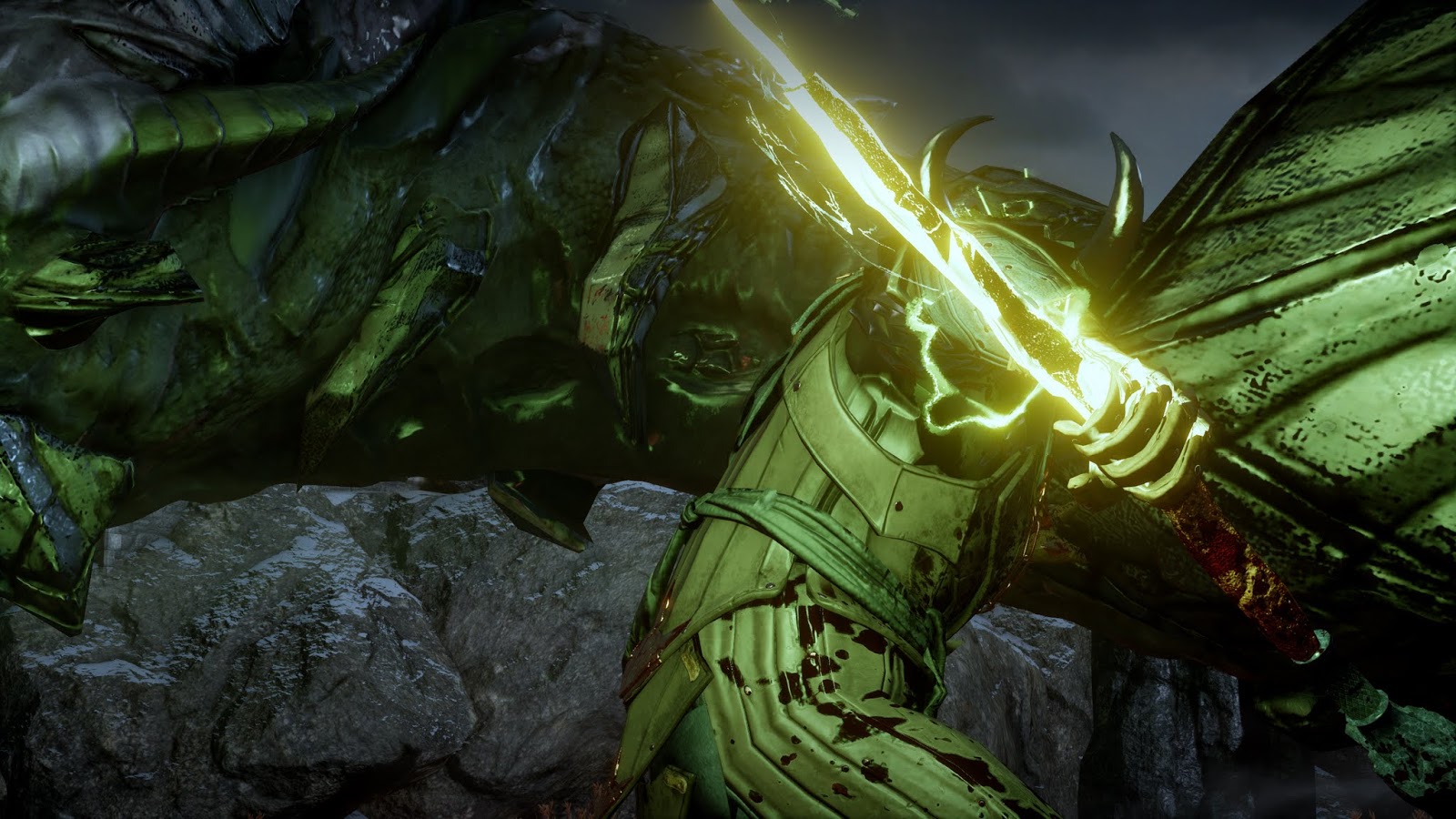 I will note that Arcane Warrior continued to prove its worth as a probably-overpowered specialization. I completed the game on Nightmare Mode at level 17; in the last few story missions, I didn’t once use any Focus abilities (despite buying my way up to the third tier), any tonics, any grenades, or any crafting. Just the gear I found while doing the story missions, and my crazy-powerful AW build.

I’m extremely satisfied with how differently this second playthrough turned out; I wasn’t expecting the mages-or-templars choice to continue having as big an impact for as long as it did. On balance, I almost certainly prefer the templars branch to the mages branch, particularly in how it affects the endgame: Calpernia is a MUCH more interesting antagonist than Samson, and I was utterly delighted in the alternative option available to confront her. That said, I don’t think I’ll be able to stand picking the Templars in future games, solely because I can’t stand the thought of killing Fiona again. 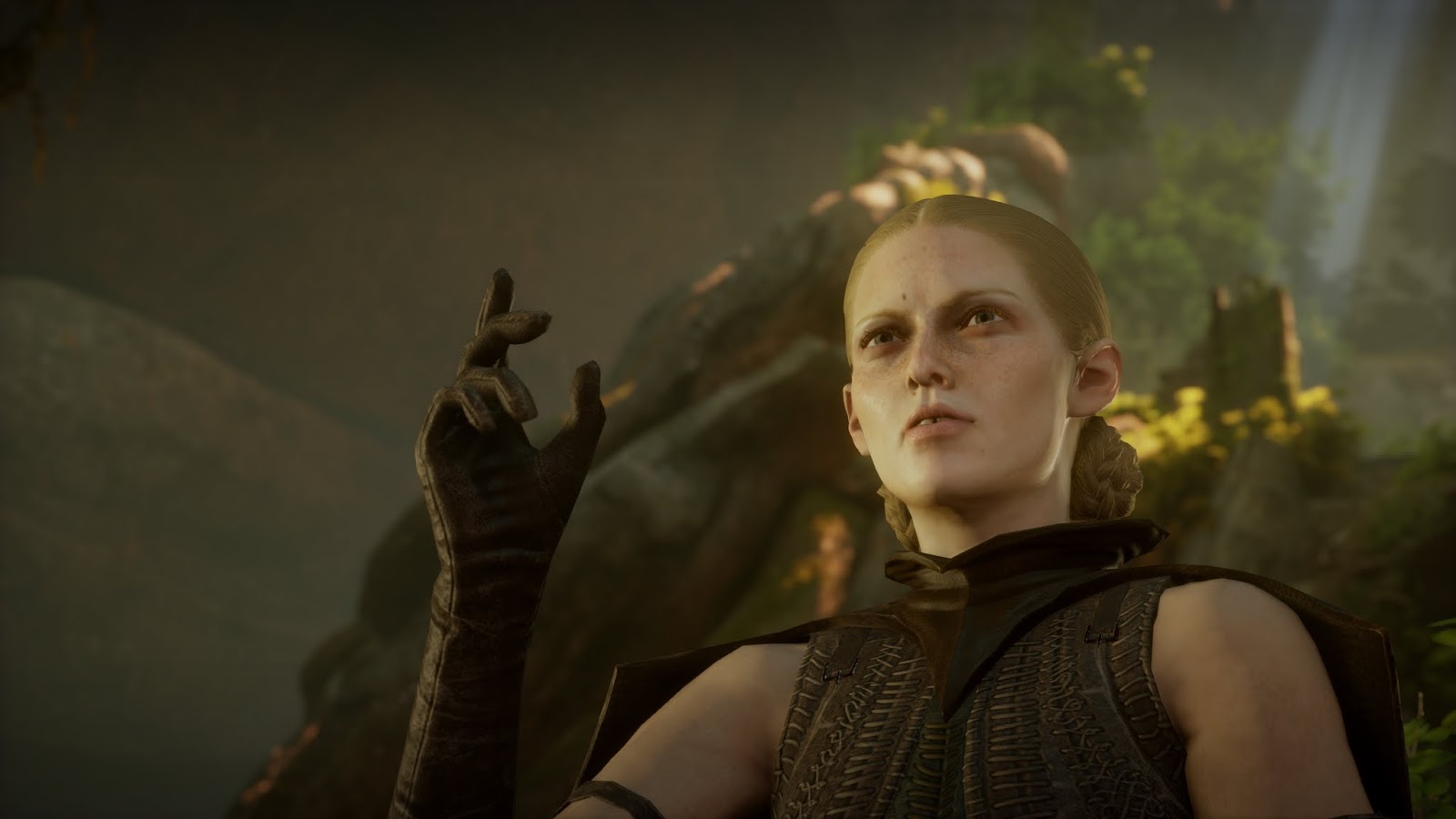 I changed up most (but not QUITE all) of the one-off choices as well. I saved Bull’s Chargers, and was somewhat pleased by what I found. I kind of thought that you would get a series of Chargers war table missions to replace the Ben-Hassrath missions from my previous game. That isn’t the case: you pretty much just lose out on it. But, you do get quite a few more cut-scenes that explore Bull’s reaction to his new status as a Tal-Vashoth. While I certainly would have enjoyed playing Chargers missions, I’m actually happier with the asymmetric outcome here: it does feel like, in-game, there’s a bigger mechanical benefit to sacrificing the Chargers (more rewards and Power), but a bigger personal benefit to saving them (more cut-scenes). That makes the choice feel much more meaningful. 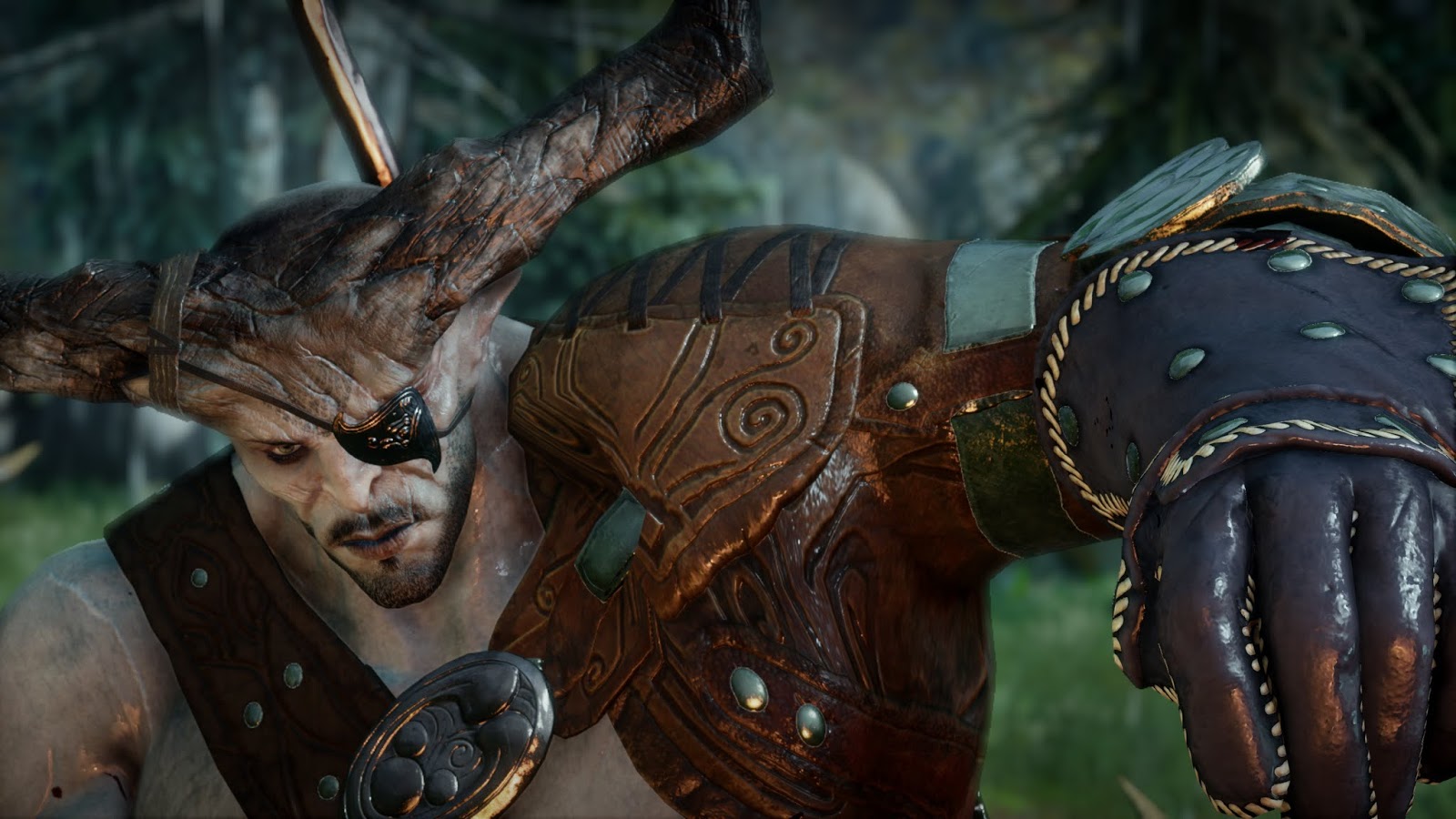 I also chose to drink from the Well this time around. That was a bit tough to justify in terms of the in-game fiction; Visaas is certainly much less power-hungry than Aztar was. But, while Aztar was drawn to the power of the Well, she ultimately decided that she didn’t like the unknown cost associated with it: she was already planning to become the most powerful woman in Thedas, she didn’t need the Well to accomplish her goals and it might cause her difficulty. Visaas didn’t actually crave power for himself, but he’s famously obstinate, and got irritated enough at Morrigan’s maneuvering that he took it almost out of spite. 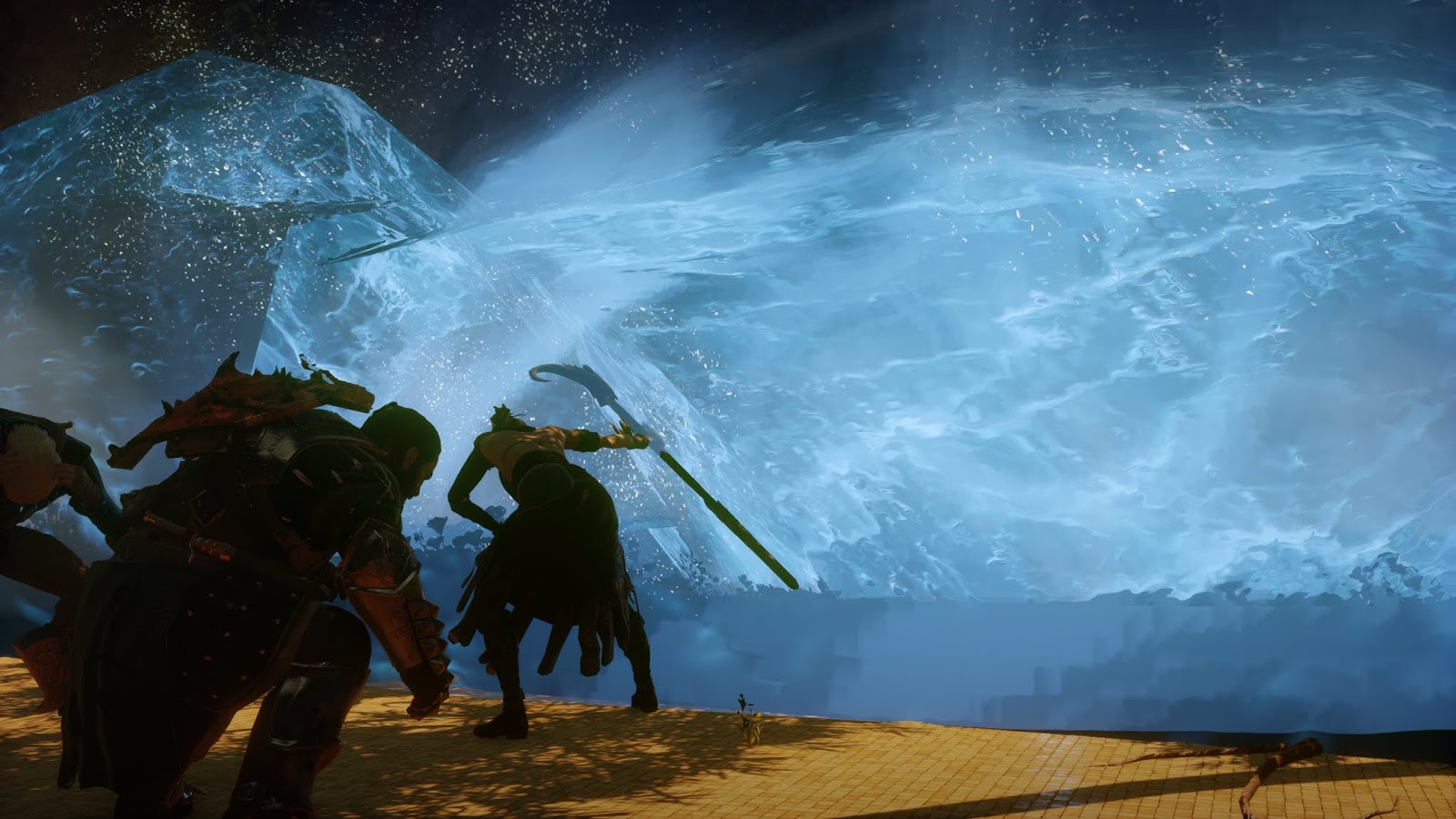 This all leads to a VERY different meeting between Flemeth and Morrigan, held in a completely new location and with a very different flow to the encounter (but with similar lore bombs still dropped). I’m actually not even sure what the deciding factor here was: was it Visaas’s decision to take the Well? Or the absence of an Old God Baby in this timeline? As I keep on saying, I love all the different permutations which bubble up in the plot of this game, blurring the sensation of A always directly leading to B. 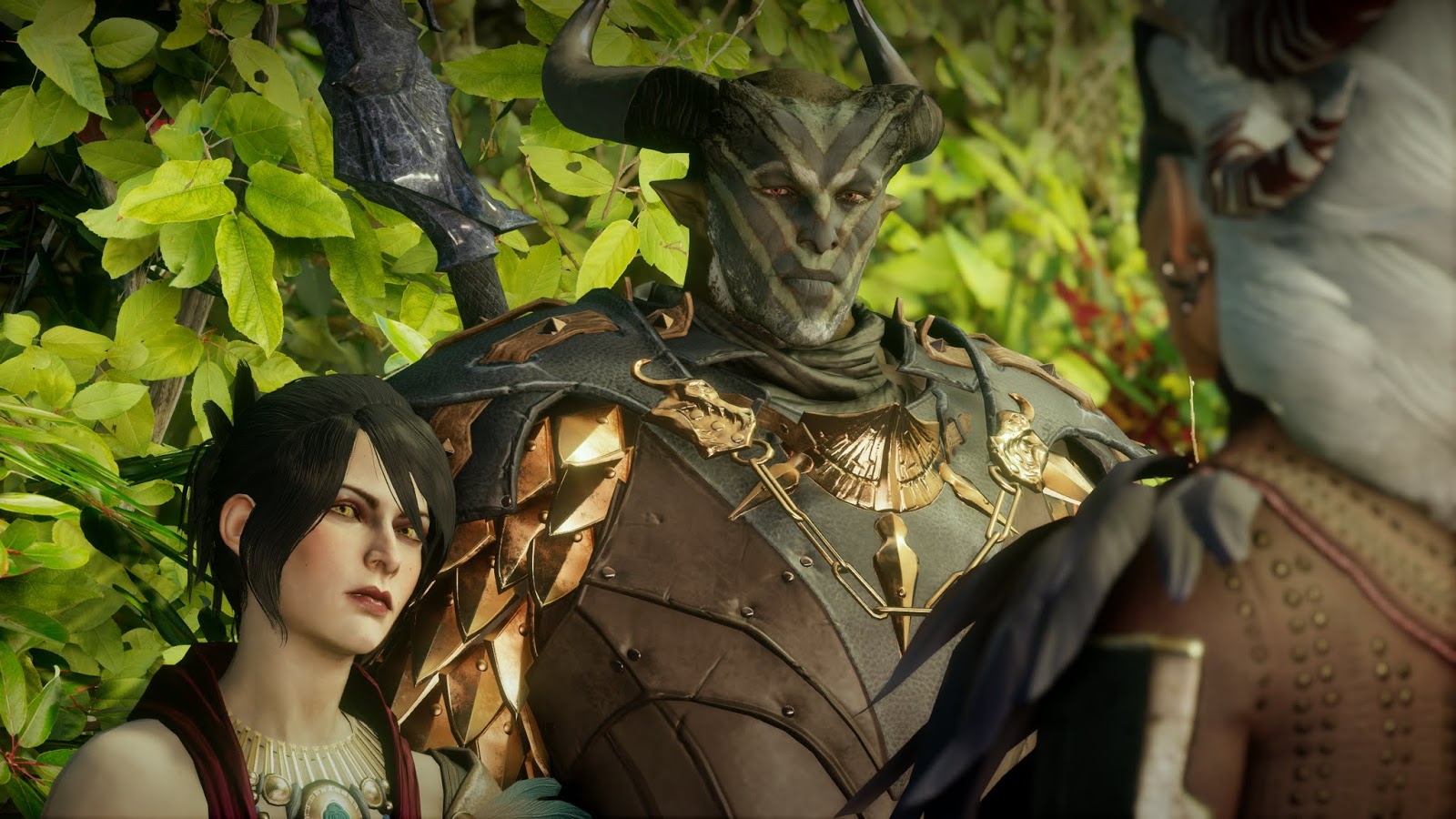 I didn’t change everything this time around, though… I still did Vivienne’s personal quest, which ultimately led to a huge turn-around in our relationship. Aztar and Vivienne always got along pretty decently due to Aztar’s diplomatic tact, while Visaas consistently butts heads with her, but the approval gain you get from completing Viv’s quest seems to be enough to move you onto her good side. There’s a really big difference in speaking with companions based on their approval, which always affects their tone but seems to also impact some of the investigative options available.

Let’s see, what else… oh, I was really happy with how the Cassandra romance ended up. She definitely stays the same strong woman she’s always been, but you see more and more smiles from her, which always feels precious and well-earned. In my game, I supported her as Divine; at first I thought this would just be kind of a perk for her, but based on some late-game dialogue I get the impression that it might be difficult for her to remain in the romance under this condition. Which made me realize that I don’t know some fundamental stuff about the Chantry: do they have to take a vow of chastity? Andraste was a married woman (twice, arguably), so it feels like there isn’t the same historical basis for chastity as we have in the Catholic church. On the other hand, I don’t remember ever hearing about the husbands of any Chantry mothers. Even if it is allowed, I suppose there could be significant political arguments against a public union of the Chantry and Inquisition leaders. Anyways: it seems like that could be a problem later, but at least we’re together for now, and enjoying our time together. 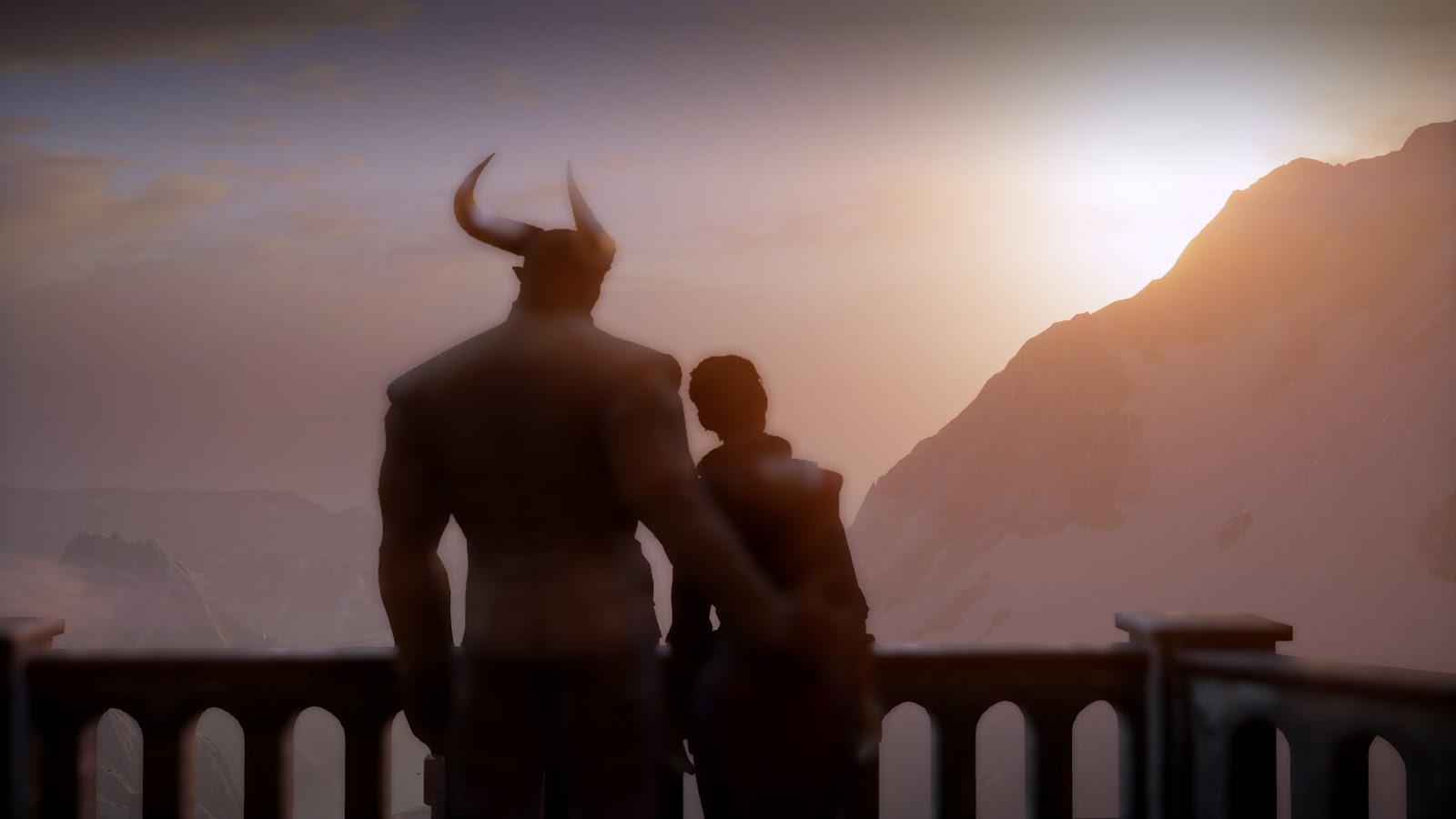 I’ve been curious how the Divine appointment would affect the game: the slides at the end describe the person taking over as Divine and the results of their rule. In my Aztar game, a re-hardened Leliana implemented wide-ranging reforms; this led to a rebellion among hard-liners, which she ruthlessly crushed. In the Visaas game, Cassandra implemented more modest reforms. She also faced opposition, and with the Inquisition’s support she was able to diplomatically negotiate an end to the rebellion, maintaining nearly all of her improvements. So, given all that, I was kind of worried that she would just be gone from my party. I was happy to see that they at least address this: you can find her in the courtyard in her normal spot after the credits roll. Speaking with her, she rages about all the bureaucratic pettiness she needs to deal with, and begs you to ask her to come with you. You can then choose whether to take her or have her leave. I really like that; it seems like a believable way to acknowledge her fate while not messing with your party composition too much. In a way, it kind of reminds me the way that Fallen London uses “Destinies” to provide a narrative end for their game that doesn’t prevent you from continuing to play. The slides sort of represent an ultimate finish to your game’s story, showing where you’ll eventually end up, but there still are more tales to tell between now and then.

So… that’s it! I’m eagerly awaiting whatever DLC will be coming our way. I’ll probably try to wrap up the few remaining achievements on my Aztar game at some point or another. I’ve also been participating in the multiplayer game a bit, mostly keeping up on the weekend challenges, and have been having more fun there. (Tip: Uninstall the Destruction DLC to avoid encountering the dreaded “key drop” bug.)

I’ll eventually do my “canon run” through the game, though that’s probably a couple of years off… I’ll likely do it in a game with all the eventual DLC, and hopefully some better character creation options available, either officially or through mods. I’d kind of thought that after these first two games, I’d have a complete picture of how I’d play through that hypothetical game, but honestly I’m still unsure how I’ll want to approach a bunch of these choices in my “best” game. Which is, of course, a sign for what a great job BioWare did in constructing this: there aren’t always easy answers, and we’re often left without clear guidance on the right and wrong decision to make, forced to rely upon our own imperfect judgment as we struggle to set an example for the world to follow.
Posted by Christopher Charles Horatio Xavier King III, Esq. at 7:54 PM