I haven't kept up with writing about my ongoing adventures in Lord of the Rings Online, but I have kept up with taking a ridiculous number of screenshots, so I wanted to share those here while I was still thinking of it. 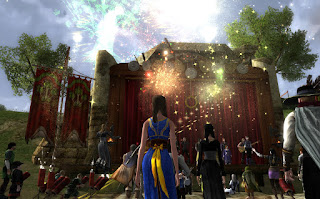 First, a fun concert from way back in the summer: Rockfest 2015! This was held at the Bree festival grounds; it's much smaller than the more famous Weatherstock, but was at least as much fun. All of my favorite bands from Weatherstock performed at this one as well, the crowd was great, and there were zero server crashes! I even learned about some new real-world songs that have now entered my personal library of favorites. 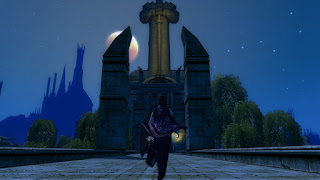 As for adventure, I have two mega-albums that cover my journey from level 50 to 60-ish. First, Oh That's Pretty Part 4: this is mostly focused on the Level 50 epic quest line, including more developments in Angmar, Evendim, and other regions of Arnor. 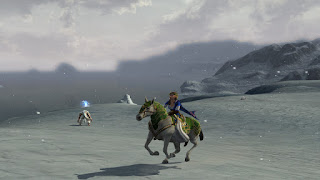 Next, Oh That's Pretty Part 5, a frankly ridiculous album that covers my time in Moria, and then doubling back to the parts of the epic quest line I had initially skipped, most notably Forochel. It ends with me working my way south, through Lorien and towards the Great River.

That isn't even what I've been doing lately - I'm currently in Eregion, helping the Grey Company prepare the way for the northern Rangers to head south and join forces with Aragorn in Gondor. It's the first time in a while that I've been on-level for content, and I've been enjoying it a lot. Plus, I can pick up some fantastic new emotes here, including dancing, spinning, and jumping moves that will help me be an even better concert-goer!
Posted by Christopher Charles Horatio Xavier King III, Esq. at 5:08 PM