Mirror, Mirror, On The Edge, Why Do I Keep Falling From This Ledge?

With heavy heart, I need to declare defeat at the hand of Mirror's Edge. I've been curious about this game for a while, and have enjoyed getting to play it. It has some really refreshing and original twists on established concepts. For starters, it's set in a dystopic future city; but unlike most dystopias, which are dark, dirty, and foreboding, this one is bright and clean. It's a gleaming and perfectly-controlled city, rather than one which is falling apart at the seams. 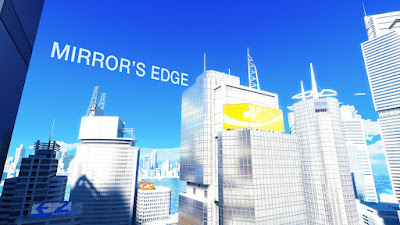 The gameplay is also nicely innovative. It goes against the current of almost all other action games by training you, in a fight-or-flight crisis, to immediately react with flight. You can fight your way out of most scenarios, but in almost every case, you're better off running as fast as you can away from the bad guys. This doesn't feel like a defeat or shameful decision: it's exhilarating, triumphant, like you've pulled one over on the square forces arrayed against you and left them in the dirt. 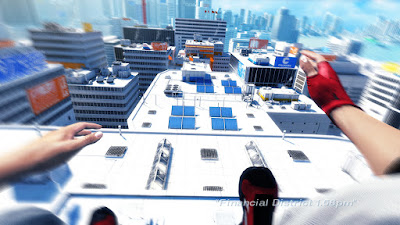 That feeling infuses the story as well. The protagonists are focused on freedom, not revenge or control. The character designs reinforce this originality as well, breaking away from the monolithic "moody white dude" archetype that defines most games in the action/adventure genre for something distinct and, in my personal opinion, far better. 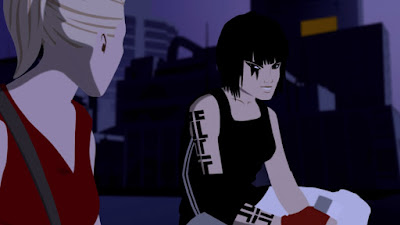 So, why did I stop playing? I think I just stink at it. This game is a first-person platformer, which is tricky to begin with, and many sections require absolutely perfect execution of a sequence of challenging maneuvers (wallrunning, flipping off of rails, timed leaps to moving ledges, etc.). I experienced the same kind of frustration that terminated my run through Shadow of the Colossus: knowing what I needed to do, and trying to do it over and over again, failing repeatedly due to pressing a button just a fraction of a second too early or too late. 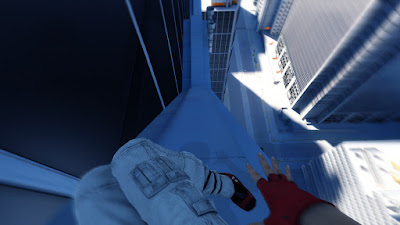 It's a huge shame, too, because the majority of the game feels great. Running over rooftops, jumping off of ramps, clambering up pillars, crawling through vents... there's a sense of constant motion and forward movement that's absolutely exhilarating. I think that playing this game helped me better understand what Dontnot was aiming for with level navigation in Remember Me, and to see what a laudable goal that was. It's all the more crushing when that sense of forward progress is blunted by a single roadblock that brings your fun to a screeching halt.  And you can't figure out a better way to progress, or find an alternate route: you just need to fail, over and over again, until you manage to get it right (without seemingly doing anything differently) or decide to quit. 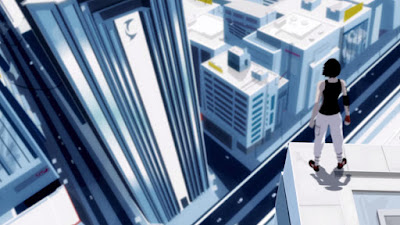 I ended up picking the latter, of course. I think I made it about halfway through the game, reaching the fifth level out of nine or ten. I'm really glad that this game exists, and hope that people out there with swifter reflexes and/or more dedication than me are able to enjoy it. Personally, I'll be retreating back to safer ground. 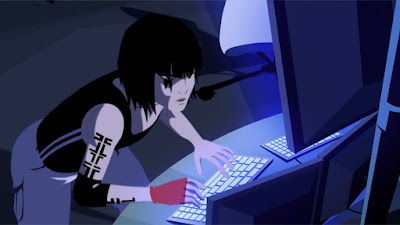 That said, I won't let the fact that I failed to complete the game stop me from posting an album of the bits I did finish! Here it is!
Posted by Christopher Charles Horatio Xavier King III, Esq. at 10:34 AM