Another book that I really enjoyed but don’t have a WHOLE lot to say about: Absolutely on Music. This is the latest book from Haruki Murakami, but is very different, not just from his novels but from his other non-fiction. Unlike his pseudo-memoir on running and his reportage on the Tokyo subway sarin gas attacks, this is pure dialogue, a transcription of a series of conversations between Murakami and Seiji Ozawa, a celebrated director who conducted the Boston Symphony and many other world-class orchestras. 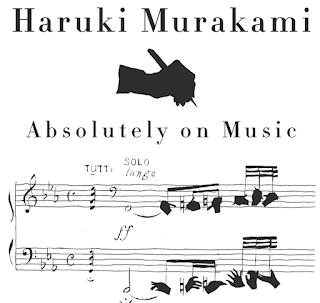 I’m not a music expert. I grew up in a very musical family, I was exposed to a great deal of music (including classical), and all of my family members play musical instruments, but I was never good at playing and quickly abandoned that pursuit. I do really enjoy listening to music, though. In recent years that’s been much more directed towards modern electronic music, but that early grounding in orchestral and choral performances helped give me a lot more context for the topics Haruki and Seiji discuss.

That said, I’m pretty sure the book doesn’t require any particular background to enjoy. They talk about music, but in a very accessible way: Haruki presents himself as a musical amateur (although Seiji’s afterward seems to strongly admire his breadth of knowledge), and he often has Seiji work through concepts in simple form, drawing analogies and adding color to the items they’re discussing. I really love the tone of their conversations: Murakami will posit a theory or observation, Ozawa will sometimes say “I’ve never thought about it that way before, but you are correct”, and other times say “No, I don’t think of it that way”.

Like all great conversations, this one is rooted in something concrete, but uses that as a launching pad for a variety of other topics. One particular idea that Haruki keeps coming back to is an East/West division: the challenges and opportunities of a Japanese man conducting American and European orchestras, performing European symphonies. He seems much more devoted to this idea than Seiji, who seems interested in it but not particularly reflective. But both of them do note how older Eastern concepts seem to be arising in Western performances, particularly the concept of “Ma”, a sort of deliberate silence with a long tradition in Japan.

The promotional copy for this book plays up the idea of Murakami tying together the act of composing with the act of writing, and making observations on his experience as an author. Frankly, there’s very little of that in the text. Every once in a while he will bring up something from his writing experience, but almost always as an item to contrast the conducting experience, which he seems far more interested in exploring; for his part, Ozawa is the interview subject and not the interview, and doesn’t really press Murakami with many questions of his own. They do find some common ground in their schedules - both rise early and do much of their work early in the day - but Murakami seems much more aware of their contrasts. When he writes, he leads a monk-like existence, isolating himself and working alone in pursuit of his work. In contrast, Ozawa’s profession is inherently collaborative: the whole point of a conductor is working with other people to create something together. It’s a far more social existence.

That said, the last section of the book does get at some more generalizable principals that more clearly transcend the topic of music. As Haruki observes a group of young musicians come together to rehearse and perform a series of string quartets, he makes some very poignant and insightful observations on craftsmanship, talent, ambition, humility, collaboration, and pride that seem like they would be applicable to any other artistic endeavor, or, really, any act of creation.

So, uh, yeah! This is a really enjoyable book… not especially Murakami-esque, but a great example of his personal voice, and a really fun and engaging read on its own terms. Worth picking up, even if you’re not particularly interested in classical music or Murakami.
Posted by Christopher Charles Horatio Xavier King III, Esq. at 7:57 AM