One of the best, most unexpected gifts this year has been the podcast R U Talkin' R.E.M. RE: Me?, a sort of sequel to the hilarious U Talkin' U2 To Me? Scott and Scott had briefly floated the idea of an R.E.M. 'cast in a late episode of the earlier U2 series, and I had quickly seized on it as a fantastic idea, but as the years passed I assumed that it would never come to fruition. But lo and behold, they did it, dropping a fantastic series of eps in their comprehensive and encyclopedic compendium of all things R.E.M. 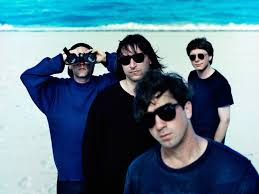 The new 'cast has the same general format at the old one: most episodes include a full walkthrough of a single album, with the two hosts discussing their opinions of and thoughts about each song, but mostly talking about inane and hilarious unrelated topics. The overall feel of the two series ended up being quite different, though. The U2 cast was bonkers, the hosts frequently got really punchy, and it usually devolved into a delightfully silly mess. The R.E.M. cast felt more like a hang-out show: there was more nostalgia, insights into the hosts' lives and dreams, and a strong sense of warmth and rapport. Both shows are great, but I think the R.E.M. tone is what I needed more now in 2018.

The background for the shows are also rather different. Scott and Scott were united in their love of U2, and while they definitely diverged on details, they shared the same context for almost everything: the historical tours, the media events, the reaction to each new record. The R.E.M. cast was a bit closer to the original Analyze Phish, with Scott often in the role of resident skeptic while Scott tries to express his love for the material. Unlike with Phish, Scott actually had a strong connection to early R.E.M., which I think makes Scott's job both easier and harder than Harris's. There's a bit of an "in" since there's already affection there, but Scott has also gone through that "I knew them BEFORE they were cool" phase that leads him to feel like he's already considered their later work and written it off. That said, he gamely devotes himself to the project, often listening to albums for the first time, and finds gems along the way. At the start of this cast, I never would have predicted that Scott would enjoy Reveal but not Document. That still blows my mind. Even when he dislikes things, Scott puts in the work, analyzing what isn't working for him and whether it could be fixed. You hear a lot about sequencing, track selection, production, mixing, and other elements that go into albums but are rarely discussed. 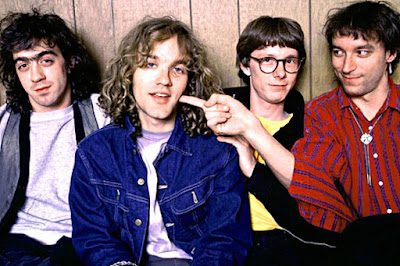 Of course, I'm much more in alignment with Scott, as we both have a fierce, protective love of this band and its music. Neither of us were early adopters: Scott started listening around the time of Eponymous, while I started around New Adventures. We both stuck with the band into their final years and found a lot to love in their later records. This podcast was delayed for so long in large part because Scott was afraid that Scott would make fun of R.E.M. and hurt his feelings. And... well, that happens, especially near the end. The last couple of episodes were actively painful for me, as Scott picks up an incredibly annoying habit of mock-singing along to tracks that he dislikes. It drives me nuts when people do that in real life, and was one of the least pleasant things I've listened to on a podcast. Er, I mean to say, it's EFFING RUDE! I started to wonder if Scott had deliberately been on good behavior for most of the show to keep Scott from bailing, and finally felt free to loosen up and let his disdain flow once it was all in the can. But, I think the overall dynamic still helps the show, as I can cheer on Scott's defense of these songs even as I sympathetically cringe at the hurt in his voice.

As with the previous cast, they occasionally devote an episode to a non-album topic, and also often invite on guest stars to share their own love of and journey with R.E.M.. There are some real gems here. David Wain in particular stands out: he played in an R.E.M. cover band as a young'un, and it's thrilling to hear those ancient recordings. I was a bit surprised to find that the guest I most identified with was Haley Joel Osment. He and I actually started listening to the band at almost exactly the same time, although I was (er, am) nearly a decade older. For both of us, going back to the IRS records was like archaeology. It's honestly fascinating to see someone who has favorite tracks from Monster, but of course, that makes perfect sense. One idea the show returns to over and over again is how music is intensely personal and fundamentally biographical. Everyone's favorite songs will be the ones they heard at formative times in their lives, and you can't (and shouldn't!) argue with their love.

Oh, and the Todd Glass episode is every bit as amazing as you would hope. If you only listen to one ep, listen to that one. 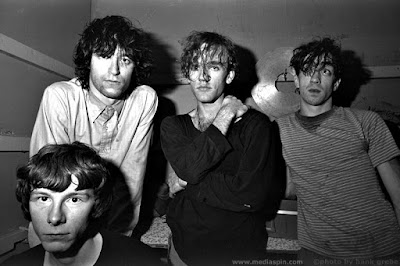 The show wrapped this week, at least for the time being. As with the U2 cast, they may reunite for one-off episodes in the future if anything new happens. Given that R.E.M. broke up seven years ago, it's less likely there will be news there... but I noticed that just this week an enormous never-before-released selection of their performances will come out from the BBC, so who knows? We should also be getting at least one episode with their Christmas songs. For now, though, Scott and Scott closed with lists of their favorite R.E.M. entries. There are few things I enjoy more than ranking R.E.M., so I'll gladly take this excuse to play along.

Albums
I know, I know, it's heresy to have Reckoning so low. In the past I've placed it above Monster. For me, personally, the songs on Reckoning are so forgettable: there isn't anything I especially dislike about the album, but nothing on it (except for Harborcoat, I suppose) motivates me to listen to it. By contrast, Monster has a bunch of songs I actively dislike, but also several that I actively enjoy listening to. Overall, I think this time my ranking was more influenced by how many great songs I can identify on each album as opposed to the average quality of songs. That especially helped Up, LRP, and NAiHF, and hurt Fables and Reckoning.

I didn't include Chronic Town (it's an EP) or Dead Letter Office (it's a B-side collection).

Next up, favorite tracks. I really like the idea Scott and Scott had to make separate Top Ten lists for each of three major eras of music from the band, partly because that's an interesting way to think of it, but mostly because that lets me choose 30 tracks instead of just 10.

Their division makes the most sense: it's mathematically clean, with 5 albums for each era, and built around major milestones, of record labels and band members. But, personally, I'd be tempted to move Document into the middle portion and New Adventures to the final, as I think that's more sonically cohesive: Document has the big and well-produced anthemic sound that defines their early Warner records, while New Adventures kicks off their period of artsy experimentation and electronic instrumentation that dominates their later years.

While the middle era contains my overall-favorite songs, I had the hardest time whittling the final era down to 10. There are a lot more songs on Up that barely missed making the list, and could easily be defended for top 10 overall.

Finally, a couple of lists of my own:

Least Favorite / Most Overrated (controversial!!)
I'm not including instrumentals, B-Sides, novelties or covers in the above list.

For funsies, I took a shot at sequencing (!) my top 30 tracks into a Spotify playlist, clocking in at a grand total of 2 hours 5 minutes. Here it is! (Note: Spotify doesn't have First We Take Manhattan, so I substituted my #11, Monty Got A Raw Deal. Seems apt. Also, I'd trim the outro to Shaking Through if I could, but it sounds fine as-is IMO.)


I don't  have as much experience with resequencing as Scott or Scott, so this was a fun challenge. I front-loaded the higher-energy and more upbeat songs at the start, which isn't all that representative of this playlist but feels like a good way to begin (in the begin). It quiets down before gradually segueing into the dark, weird, ominous songs that I most love. There are a lot of those, so I broke them up into a couple of sections, interrupted by some more optimistic tracks. "Hope" starts the transition into the end, leading into a series of especially pretty and reflective songs that close out the playlist.

I'm sad to see this podcast come to an end. Not as sad as I was to see R.E.M. break up, but still. I'm glad that there will still be a few episodes to look forward to, and even more glad that I can pull out these albums and listen to them whenever I want. They are still growing on me after more than twenty years, and going on this journey with Scott and Scott helped me find even more new ways to love them.

Edit: For no particular reason other than me having some free time on my hands, here's how my favorite 30 songs are distributed across their 15 albums.
Murmur: 2
Reckoning: 0
Fables of the Reconstruction: 2
Lifes Rich Pageant: 3
Document: 3
Green: 4
Out of Time: 0
Automatic for the People: 2
Monster: 0
New Adventures in Hi-Fi: 2
Up: 2
Reveal: 2
Around the Sun: 0
Accelerate: 3
Collapse Into Now: 3
Non-album tracks: 2