I've continued to amble through my Steam backlog, making some gradual progress. I abandoned my second playthrough of Vampire: The Masquerade: Bloodlines. I was having a lot of fun, playing as a Malkavian with the Clan Quest Mod it felt like a new game. I eventually ran into a game-breaking glitch in Romero's cemetery mission; that's just a side-quest so I could easily have skipped it, but I'd already done my favorite parts of the game and decided it was a good time to set it down. 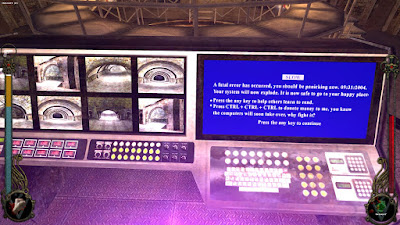 I also spent some time with Hellblade: Senua's Sacrifice, and can immediately see why it got such fantastic reviews. The sound design of the game is incredibly strong, both on its own technical terms and in how well it integrates with the story. You're playing as a Norse woman apparently afflicted with psychosis, and throughout the game you hear all these voices regularly whispering to you and commenting on your progress. It's actually very similar to a Malkavian playthrough, but these voices are a lot more helpful! The art design is also amazing, very raw and impressive, where you feel like you're on the threshold between a grim realistic world and a supernatural one. I gave up after getting frustrated with the combat; the early fights were fun, but I just couldn't adapt to the bigger fights where multiple enemies gang up on you, and the in-game punishments for failure were stressing me out. 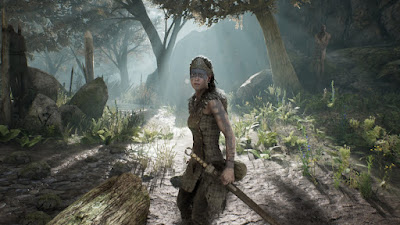 So I moved on to something considerably lighter: Pyre! This is the latest game by Supergiant, the San Francisco studio that also made Bastion and (one of my all-time favorites) Transistor. Right off the bat I was struck by the gorgeous graphics: cartoony, hyper-saturated backgrounds, full of life and movement. The characters are all wonderful too, there are a ton of them and they're deeply varied, from the unbelievably cute drive imp to the hulking and glowering demon to the mesmerizing Scribe who lives in the orb. And, just as I'd suspected, the music is terrific, perfectly matching and driving the mood of the game, and often dipping into more vocally-focused pieces that seem like they belong on an album but work perfectly to drive the game forward. 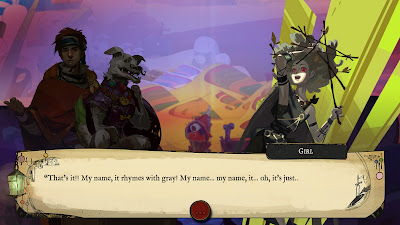 The structure of the game reminds me a bit of The Banner Saga, yet another impressive game that I didn't finish because my failures were depressing me. You're going on a journey, with a large collection of people coming with you. Along the way you make various choices, in dialogues and by choosing destinations; these have consequences, but in Pyre those consequences are more like "You found a shiny rock!" or "Person X feels less hopefuly" than "Everyone you care about dies and it's all your fault." 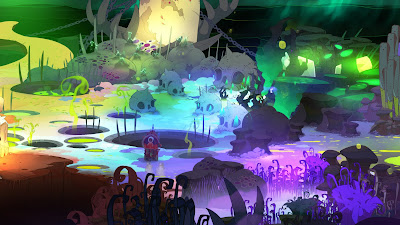 The main gameplay element in Pyre, though, is three-on-three basketball games. Yeah, I know, I'm surprised too! I was not a fan at first; I picked up Pyre specifically because I was hoping for a tactical combat game, and was nonplussed at this real-time game of tossing around a ball and dunking it into the opponent's goal. As I've gotten more into it, though, I'm loving it more and more. It's backed by a solid character progression system, where you earn XP, level up, learn new abilities and can equip and upgrade items. Party composition is important, with many strategies viable but offering solid traditional approaches like a slow and powerful defender alongside fast offensive strikers. You can synergize strategies and builds between characters, building on each others' strengths and weaknesses. And the series of fights are incredibly dynamic: each opposing team has their own special abilities and strategies, and each "court" you play on has its own distinct features, whether holes or rocks or whatever. All that leads to a lot of strategy for each fight: you can have your own go-to approaches, but you don't just repeat the same techniques over and over again. Instead you'll study the ground, who you're up against, and think through the best folks on your roster to see you through. 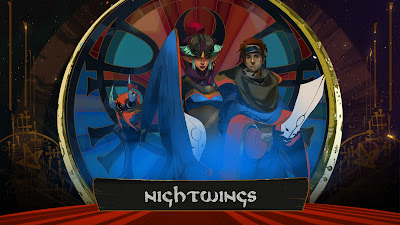 It's looking like this might be a very long game; there's an in-game book you read, and I'm currently still in Chapter 1 of that, out of what look like around 10 chapters altogether. I'm pretty hooked by now, though, and I imagine I'll see it all the way through to the end. If so, I'll write up a full review post at the end. In the meantime, a quick summary of my current approach:

I now have about 8 potential party members. When choosing a lineup, I'll disqualify anyone with a temporary penalty. If possible, I'll try to select three people who have green inspiration/resting XP pending, which helps me shuffle everyone from match to match. Within that group, I'll generally choose my two highest-level people (not necessarily highest XP, but with the most abilities), and also my character with the lowest total XP; that gives me a strong core to win the match, while ensuring I'm leveling up my bench as well.

I don't think I'm great at the game, but so far I haven't lost a match (hopefully this post won't jinx that!). I'll either keep my biggest-aura person, like Jodi, near my own pyre to defend, or else have them sprint to the center, grab the orb, and immediately toss it to one of the faster folks; the latter approach can be nice on maps with lots of obstacles, since a big aura can make a chokepoint.


My faster guys will usually walk as far as they can to the east, then sprint or fly their way to the pyre. Each does relatively low damage, but I equip them with an item that does a flat-value damage boost, so e.g. Rukey is now doing 24 damage per dive instead of 10. I have been mulling that strategy, though. If things are going well, I'm usually constantly outnumbered 2-3. If I was focusing on my bigger players, I think it's more likely that my opponent and I would trade scores back and forth, but I would be taking more points each time and would have a 3-2 advantage for each score. 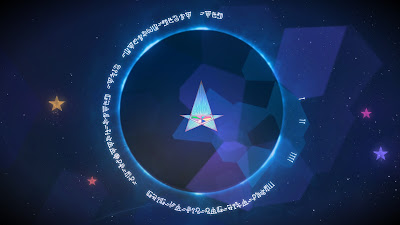 In recent matches I've started to experiment more with casting my aura to help clear the field of opponents, as well as tossing the orb around when a striker is under pressure instead of risking a dash. There are a lot of special mechanics, too, with many characters having completely different moves and behavior. I'm digging the game, but I also feel like it's the sort of thing I need to play daily, otherwise, I'll lose track of how everybody works.

I am enjoying the time to dig into this game. Like lots of folks, I'm looking at Q1 of 2020 with a huge degree of anticipation and dread. Between VtMB2, Baldur's Gate 3 and Cyberpunk 2077 all dropping, it'll be an overwhelming time. For now, I'm grateful for the chance to hang out in the Downside, getting to know these colorful characters and help them win basketball games.
Posted by Christopher Charles Horatio Xavier King III, Esq. at 11:46 AM