In 1932, the National Socialist party won a plurality of seats in the Reichstag. The other political parties in Germany refused to join in coalition with them, leaving a minority government in control through the end of the year. 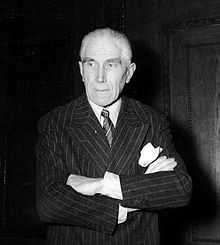 That changed in 1933, when Franz von Papen, the head of the conservative Zentrum Party, agreed to join in coalition with the National Socialists, raising Adolf Hitler to the post of Chancellor. Papen believed that Hitler was a useful fool, a buffoon, who he could manipulate and use to secure his own political position. Hitler had other plans. After the Reichstag fire, Papen supported the Enabling Act, ending representative democracy in Germany. Papen was shoved aside, along with the rest of his party, once the Night of Long Knives had passed and the Nazification of Germany was complete. Democracy would not be restored until more than a decade later after tens of millions of people had been killed.
History does not repeat itself, and America is not on the same course as Germany in the 1930s. Our poor are less desperate, and we do not yet have ubiquitous paramilitary forces. But we would be foolish to ignore the lessons of history.
Fascists always start out as political minorities. As long as they are shut out of power, they will stay that way: the tools of the state are sufficient defense against a dangerous and violent internal force. But once they are let in to power, they will not retreat or surrender. Fascism ultimately believes that the people must be subordinate to their rulers, not the other way around, so votes are meaningless. Fascism thrives on conflict, seeking glory in conquering enemies. And there will always be enemies. Fascism is predicated on differentiating the pure from the "other", and has an existential need for someone to fight.
One advantage the United States has at the moment is a relatively unified left. By its nature, the left will never be as united as the right; but we are in a much better situation historically than Germany was. If the left parties in Germany had managed to work together, a great crisis might have been averted.
But ultimately, it's the right in America that will have the more important job over the next decade. Will they give in to temptation like Franz von Papen, welcoming the energy and support of ultra-right nationalists? Or will they remain true to their stated principles, following the tradition of the post-WW2 GOP, and denounce the antidemocratic pull?
So far, the signs are very discouraging. It feels like a dike is bursting. The most powerful and influential leaders in the Republican Party are not using their power to defend representative democracy: they are pouring gasoline on the fire, parroting false grievances, systematically eroding faith in the democratic process itself.
I'm not one to impugn motives; I can't see into anyone's soul. They may think that desperate dictatorial measures are necessary because they fear what their foes may do in power. They may truly disdain democracy and think it unnecessary. Some might even have become unmoored from reality, believing the ludicrous conspiracy theories spun from the darkest corners from the Internet.
While I don't judge motives, I do judge actions, and far too many politicians have taken a dangerous plunge on the road from democracy to fascism, of overturning the voters' will and imposing their own. My goal over the next 2-6 years will be to get as many of these people out of office as possible. In some cases that might mean holding my nose and supporting a primary challenger. More often it will mean supporting their opponent in a general election.
While many are guilty, the senators who falsely claimed electoral fraud and opposed the peaceful transfer of power have the greatest responsibility for our decline. They are:
Marsha Blackburn
Mike Braun
Ted Cruz
Steve Daines
Bill Hagerty
Josh Hawley
Cindy Hyde-Smith
Ron Johnson
John Neely Kennedy
James Lankford
Kelly Loeffler
Cynthia Lummis
Roger Marshall
Rick Scott
Tommy Tuberville
Of all of these, Josh Hawley is probably the one that concerns me the most. He is the vanguard of a social-nativist movement, akin to the National Front in France, the AfD in Germany, or the PiS in Poland. While a big responsibility of the right will be to expel fascists and reaffirm faith in democracy, a big responsibility of the left will be ensuring people like Hawley cannot outflank on economic issues and create an enduring nationalist bloc. In my view, one of the biggest bullets we dodged during the Trump administration was Steve Bannon's failure to realign the Republican Party along economically populist lines. Folks like Hawley are picking up that cause, and it may be one of the biggest risks of our era.

We have a lot of work ahead of us, but it's incredibly important work. I hope you will help if you can.