Below, Chris Gardiner's narrative dungeon-delving game, is now live! I've had a blast playtesting the beta, and am very happy to see it move on to a broader audience. 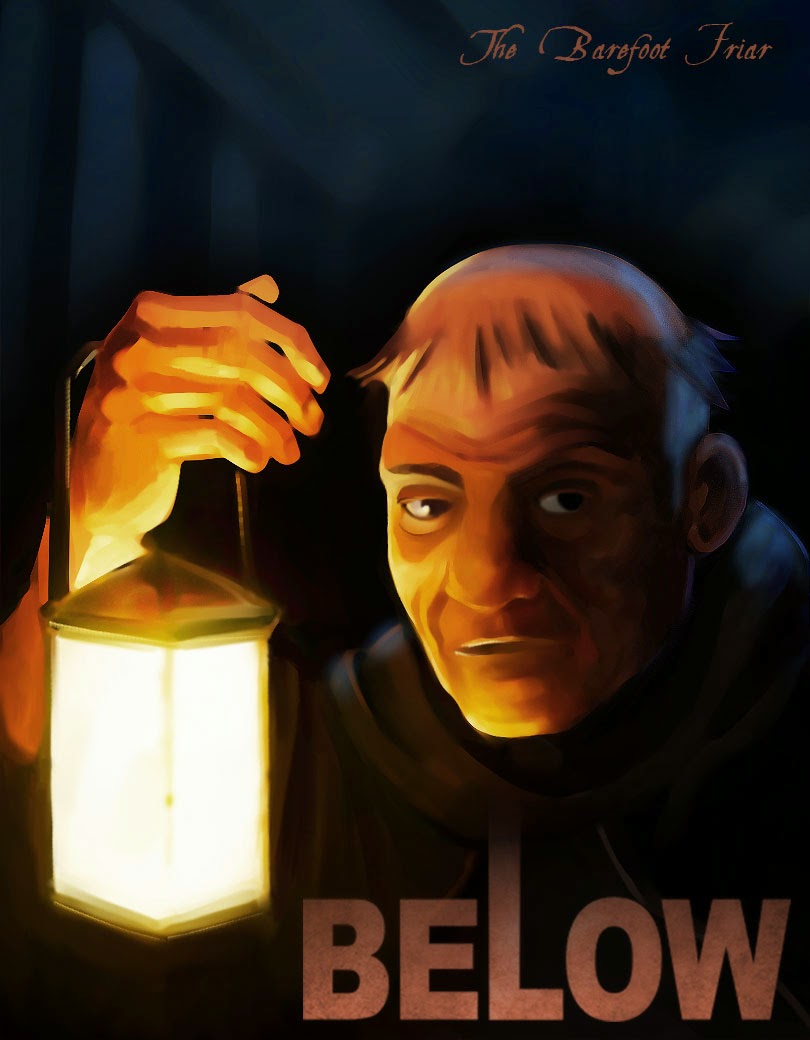 Below combines elements of several disparate genres, but ends up with a unique flavor of its own. It has the semi-random structure and permadeath of a roguelike; it's played in the browser like a casual game; it's text-heavy like a classic adventure game; it has the atmosphere and character-building dynamic of a fantasy roleplaying game. The result is a game that feels a great deal like a folk tale,  filled with both abstract, representational elements and very specific moments that strike you with their evocative detail.

The mechanics have changed a great deal during the time it's been in beta, with many of my early powergaming techniques being nerfed or obsoleted by later developments. A significant change to Second Chance items was made recently, and I haven't yet adapted my playstyle in response, so I'm probably not the best source for tips. Still, here are some general suggestions I have for new players.

There's a bunch of other stuff I could say, but I don't want to spoil the fun of figuring it out.  Below is challenging, but rewards you for suffering and for figuring things out. Over time you'll gradually come to know the dungeon well and feel more confident navigating through it, but there's never a moment where it becomes safe: the enemies you face can't be beaten back with swords or dispelled with magic, and you'll need to stay cunning and cautious in order to achieve your goals.
Posted by Christopher Charles Horatio Xavier King III, Esq. at 8:34 PM No comments: