It's time for another mini-roundup!

When I pledged to Shadowrun Returns, one of my rewards was a PDF of a short story anthology. Honestly, I wasn't expecting a whole lot out of this - game fiction prose tends to be rather poor, and it didn't have any A-list authors attached. I just recently finished reading it, and was pleasantly surprised by how well it turned out. Each story stands on its own, but when taken together they weave together to tell a surprisingly epic story, which in its own way is just as dramatic as (and simultaneously subtler than) Dead Man's Switch. 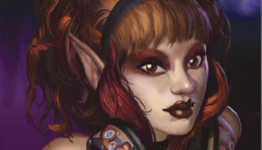 It does reveal some crucial plot twists from the main game, so I wouldn't recommend starting it until after finishing the game. If you do read it afterwards, though, there are a lot of treats for you. Some of them you might expect, like getting to know more of the backstory of various characters like Cherry Bomb, Jessica Watts, and Dresden. Others are some surprising changes from the initial concept of the story to the version that ultimately shipped in the game. The world depicted in the anthology is much more, uh, adult than the game, particularly where the Seamstresses' Union is concerned. In the game, it's a bar with some attractive bartenders. In the book, it's a brothel. In the game, it's overseen by Mrs. Kubota. In the book, it's run by Madam Sinful.

The best part of it, though, is how the book broadens the scope of the game's story. It takes a long time to piece together the meta-plot, but when you do, it not only makes many of the other stories make more sense, but also shines a new light on some elements in DMS that felt like red herrings at the time. The NTSB, for example, was a great setting in the game but felt a bit superfluous, important only because it was the site of a murder that could have occurred anywhere. In the book, though, you see how the NTSB is involved in a much more subtle and long-running plot, which adds a new color to the scenes you spent there.

Oh, and in addition to the stories, there's also some really fantastic concept art, as well as a huge portrait gallery. The latter is actually pretty directly useful to me, since it's an easier way to locate good NPC pictures than browsing through the filesystem. Anyways, I think you can pick up the anthology as part of the Deluxe package on Steam.

In other Shadowrun news, I got my physical rewards! The Doc Wagon card looks and feels great. It even links to a funny video that is certainly the corniest, cheesiest thing ever created in connection with Shadowrun (and there's a lot of competition for that title!). The T-Shirt looks nice too, with a good quality fabric and great image transfer. I know that some folks aren't fans of the new blue/green Shadowrun skull logo, but now that I'm used to it I strongly prefer it to the original red skull logo. 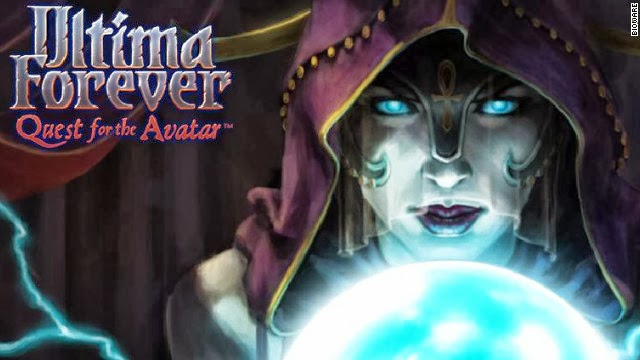 In less cheering video game news, I picked up the new Ultima tablet game and found it wanting. I wasn't really surprised. I'd initially been ecstatic at the news, back when I thought that it was BioWare remaking Ultima IV. Since then, I'd learned that it was actually another division within EA who was working on it. (There was a brief period of time when it seemed like EA was trying to cannibalize BioWare's good name by transferring it to unrelated studios. That seems to have stopped, though I don't know if it's because BioWare complained, or if EA thought that the brand is less powerful in a post-ME3, post-DA2 environment.)

I still think that a remake of Ultima IV could make an awesome tablet game. Those early RPGs had relatively simple controls and maps, and so could be a perfect match for today's tablet interface and hardware. At the same time, it wouldn't take a ton of effort to streamline the gameplay to conform to modern sensibilities: cut down on the grinding, maybe add some high-res portraits for the NPCs, etc.

In the short time that I played Quest of the Avatar, I didn't really notice any similarities at all with the plot of Ultima IV. There is a plot, to be sure, but it's something about a, uh, psychic sickness or malevolent evil force or something. The Virtues, which were the cornerstone of Ultima IV, are present here, but in a weird form. The game starts with you answering virtue questions like you did in most Ultimas, but since there are only two classes available they don't really make any difference to your gameplay. The questions themselves seemed more jokey than I remembered, though that might just be me turning into a crotchety old man. In-game, you periodically encounter virtue quests that demand you to make a choice (e.g., show Justice and send a dying criminal to prison, or Compassion and let him die in peace), but they didn't really engage me.

The worst aspect of all, though, is the Free-to-Play structure. Once again, I should not have been surprised. I have never enjoyed a F2P game (with the sole, shining exception of the excellent Fallen London), and Quest for the Avatar seems to combine the elements I most dislike about this genre.
The main mechanic they use is "keys". You are awarded some keys within the game, but the system is set up to encourage you to spend money to buy higher-quality keys. Having keys and more valuable keys results in more-powerful items, which allow you to progress more through the game. Worse, items actually degrade as they're damaged, and you need to spend (you guessed it!) keys to repair them.

I went through the tutorial dungeon, met Lady British (which was a fine change on its own, but really underscored how this plot has nothing to do with the original Quest of the Avatar), went into a dungeon, got invited to join a party, and swiftly quit and uninstalled. Sigh.

On the plus side, I have since learned that the Commodore 64 version of the original Ultima IV has just arrived on iOS, so it looks like I will get to check that out soon! I'll probably never get the remake I wanted, but I suspect that the unaltered original will tickle my fancy more than its complete transformation into a F2P game.

Heh, my gaming landscape has changed drastically between when I started this post and starting this paragraph. To wit: GTA V has arrived! I've had almost no time to play it, thanks to an unusually aggressive confluence of time commitments, but am eagerly anticipating diving into it. I think this is the first game I've pre-ordered since Dragon Age: Origins.  My expectations are simultaneously high and measured. San Andreas is my favorite installment of the franchise, and GTA IV was the most impressive technically, so a combination of the two has the potential to become one of my favorite games ever. It looks like they're shifting slightly back towards San Andreas's RPG-ish elements, including tons of customizations and upgradeable skills (though no more fat, alas, alas). And the setting itself looks gorgeous. That was probably what I missed most in GTA IV: I adored the open countryside in San Andreas, being able to blast down an open freeway along the coast with Radio Los Santos blasting through an open convertible, or riding a dirtbike down Mount Chiliad, or flying through the desert on a dune buggy, or... well, yeah. As much as I appreciated GTA IV's taxi innovations and the ability to get from Point A to Point B quicker than ever before, I also really like having interesting land to travel between those points. 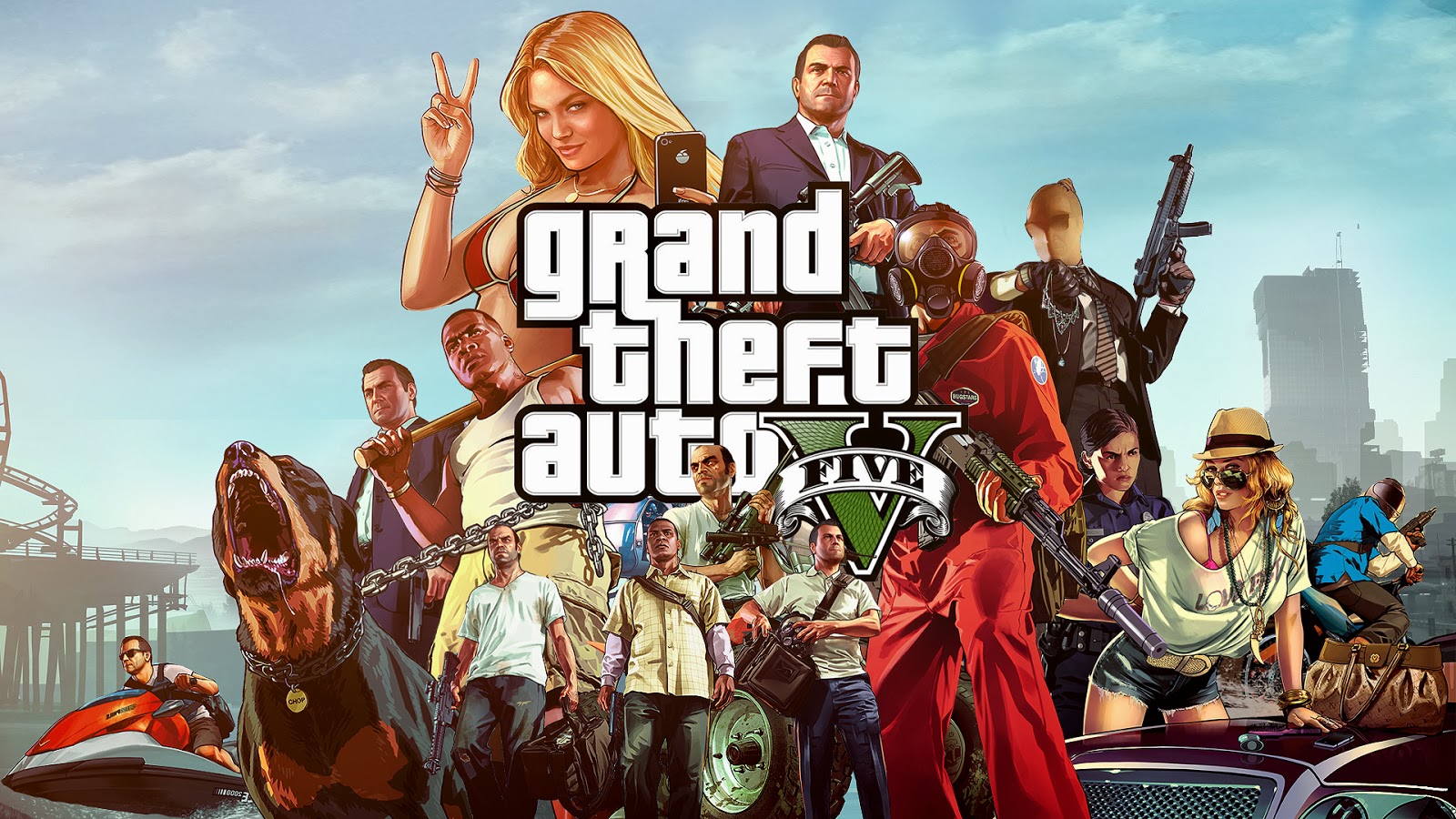 The aspect of GTA V that interested me the least in the press build-up was probably the multiple-characters angle. Of the three, only Franklin really stood out as someone I would want to play as. In the brief time that I've tried V, I've come to appreciate Michael much more, and can see some interesting possibilities in his character. He's kind of in a position where other GTA characters would be 15 years after their own games ended: he's married, with two kids, living in a huge fancy house, and absolutely bored out of his mind. So far, the thing I like most is seeing the very different ways that Franklin and Michael express their rage. When Franklin crashes into someone, he'll yell at them. When Michael crashes, he's quiet for a second, as he calmly collects himself... and then proceeds to very deliberately express his hatred in measured, violent tones. It's a great example of maturity affecting attitude in an unexpected way.

So, yes. GTA V will be my big gaming project for the next while. I'm sure I'll have more opinions on it. I'm kind of dreading meeting Trevor; based on his appearances in the previews, he looks like an entertaining character to meet, but I don't know if I'll be comfortable playing as him.

Hm, what else.... oh! Kickstarter! The Sunless Sea has been funded, and can use your help to reach its first stretch goal!


This comes from the fine folks who created Fallen London, and shares some of the lore, but is a totally new game. It's a 2D top-down exploration, trading, and strategy game. It's semi-procedurally-generated, has a system of officers that will allow for party-building, and will include embedded stories within the action (in the tradition of something like Castles). They call out some fantastic influences like Sid Meier's Pirates!, FTL, and roguelikes.

I was one of the people who voted for this concept when Failbetter ran a survey a few months ago, and am really looking forward to its becoming a reality. There's already so many great concepts to (literally) explore, like Hunter's Keep, the Elder Continent, Corpscage Islands, the Tomb-Colonies, and tons more. The game mechanics seem clean and fun, a set of manageable systems that will allow for tinkering and experimentation without requiring micromanagement. And, of course, knowing that Failbetter writers are producing the content makes me very optimistic about the quality of story. (They're one of the few companies out there with a good track record for producing asynchronous, semi-randomized stories, and they do it well.)

There's just over a week left to go, and they still have many slots available in the upper tiers if you want to go nuts. I know that I personally was kicking myself after Shadowrun Returns came out for not pledging at one of those top levels to be immortalized in a game. Here's a chance to do that if the concept appeals to you.
Posted by Christopher Charles Horatio Xavier King III, Esq. at 9:34 PM