This is just a quickie post covering my first few hours plunging into Dragonfall. I doubt it'll be nearly as massive as the RPGs that I tend to devote multiple posts to - from what I've read, the campaign tops out at around 18 hours for completionist types - but since I'm actually playing a game in the year it was released for once, I figured it would be worth dropping a quick line, on the off chance anyone is on the fence about whether to get this or not. 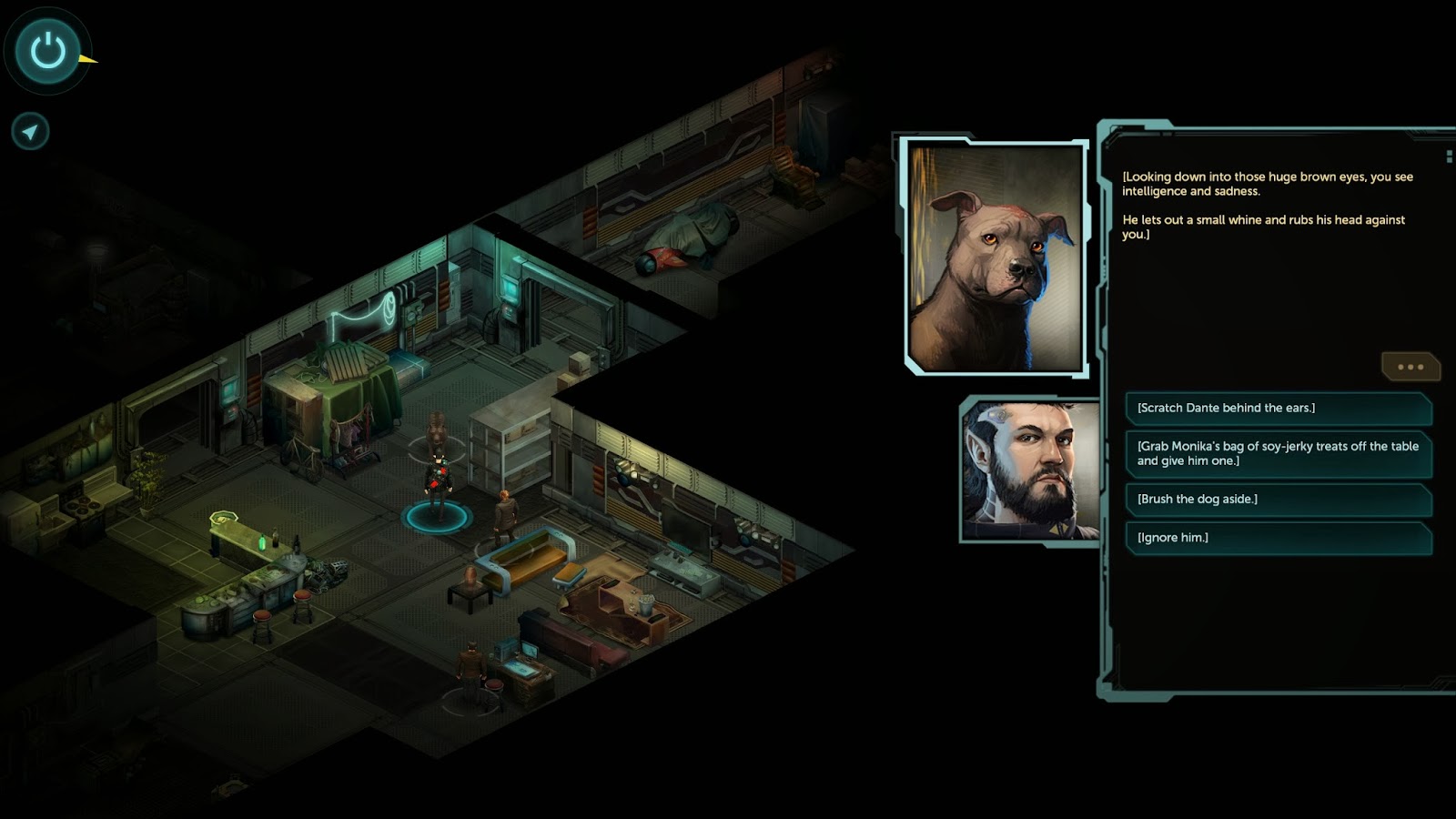 So, first impressions. Things I love include:

I'm already really digging the new companion-style party. In Dead Man's Switch, only Coyote really had any personality. The rest of the available runners covered a wide range of skills, but had no personalities. Even in the short time I've been playing, I've been impressed at how interesting and distinct they've been able to make the characters.

Along the same lines, dialogues in general seem to be longer, more involved and more interactive. There are a lot of role-playing opportunities for you to express different opinions and attitudes. I haven't peeked at the source yet so I don't know if it's tracking any of that stuff, but it has already made me feel more engaged with the story and invested in my character.

Berlin looks incredible. There's no overlap at all that I've been able to spot with the Seattle maps, so it's all unique, and also visually engaging.

I'm digging the "new" music. I've actually used some of it in my UGC modules, but it's still nice to hear it in the main campaign.

I haven't had to reload anything yet, but having in-scene saving and (especially) quick-saving does reduce anxiety. It looks like it's also letting them more confidently create bigger scenes, particularly in friendly zones where you might spend more time.

I haven't had many fights yet, but it feels like they've been tuned to be a bit more difficult than in Dead Man's Switch. I'm still playing on "Hard," which felt like "Normal" in DMS, but is actually a bit challenging now.

Dragonfall is keeping the cool hard-boiled writing style of DMS. I could be wrong, but it feels like there's a bit more descriptive text (describing appearances, actions, etc.) than in DMS, which I remember having relatively more dialogue.

They're continuing to make some nice, subtle references to the larger 2050s mythos, including stuff like the Wyrm Talk show.

This was announced before, but in case anyone missed it, Dragonfall starts with a new character. You won't be able to import your DMS character.

Your "base" area feels much more expansive than the Seamstress's Union in Seattle, which is both good and bad. Good because it looks great, is integrated with the world, and is fun to explore. But, I can see imagine it getting annoying later in the game if you need to run all over the place to buy gear. I already kind of miss the basement in the Union with all my shopkeepers in close range, making it very easy to compare prices and plan my purchases.

I know that isn't much, but that's what I've got so far. It's really fun! It feels like Dragonfall kept all the stuff that was great about DMS (tactical combat, tight map design, noir stories and dialogue, classic Shadowrun gameplay) and fixed the stuff that wasn't (saving anywhere, teammates you care about). I'll post a more thorough review once I finish the campaign. (Which, if this rain keeps up, might be this weekend!)
Posted by Christopher Charles Horatio Xavier King III, Esq. at 7:31 PM