Heh, that went a lot faster than I expected! Act 3 of Mask of the Betrayer is much shorter than Act 2, so rather than the wait of weeks I was expecting, I'll be able to finish up my thoughts before switching over to the final Bioshock DLC. 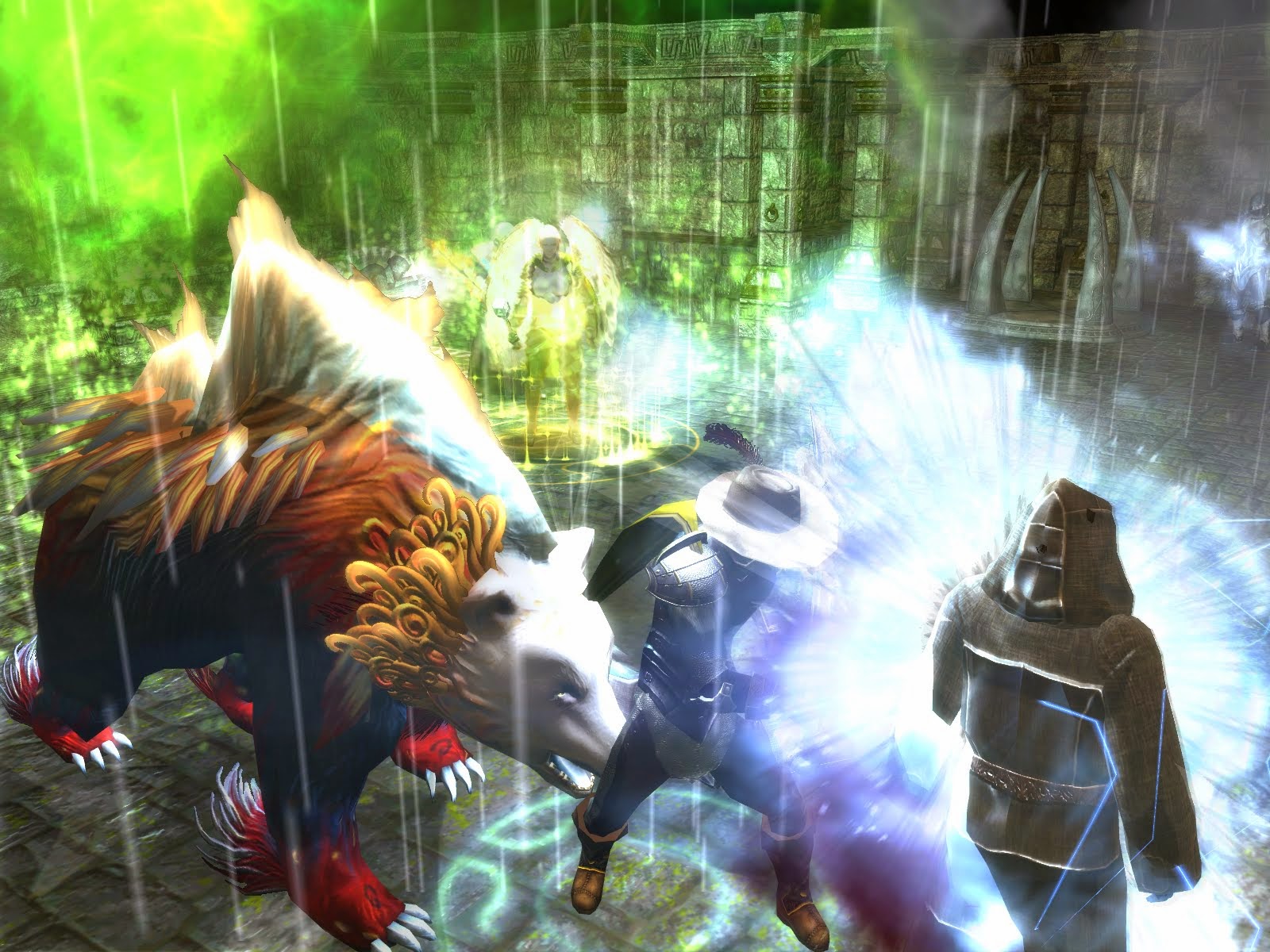 My previous post went over a bunch of the more abstract aspects of MotB that resonated with me, and the two albums have recapped most of the my thoughts on the plot proper. So,  here are a bunch of idle musings, not attached to much of anything at all!

First, the non-spoiler ones:

I prefer the crafting system in MotB to the one in NWN2, mostly because I actually used it. I know that a lot of people love crafting in NWN2, partly because they like the character aspects of it (it does connect to a wonderful tradition stretching back to Ultima and continued in many other non-BioWare RPGs), and because the best crafted gear can be much more powerful than the best non-crafted gear, so it's appealing to both roleplayers and min/max-ers. But, for people like me who are playing the game mostly for the plot, it ended up just being a complex, opaque, time-consuming subsystem that I could fortunately safely ignore, instead focusing my limited gaming time on awesome story and character moments.

The main improvement in MotB is a big simplification of crafting. NWN2 had a staggering array of recipes, requiring a big array of different possible components. With planning, you could make something very powerful, but the odds of you just happening to hold the ingredients you needed was practically nil. MotB eliminates all the old stuff and replaces them with a single set of resources, Essences, that you directly take from slain enemies. Enhancing your weapon and armor then becomes a simple matter of applying those essences to the item. Want to add a Lightning attack to your sword? Then use some Air Essences. The more essences and higher quality the essence, the more damage you'll do. How about adding a higher attack to your weapon? Just add Power essences, and so on.

The one thing that was still a little annoying was the lack of any in-game description of what was needed for each upgrade; but fortunately an FAQ was just a few clicks away.

I had big plans for crafting, but ended up not doing that much. Upgrades now check your character level instead of your Crafting skill, and the highest-tier upgrades (like +8 attack bonuses) require a level 30 character. I used Safiya for crafting, and she finally reached level 29 right before the very end. But, I did apply a few mid-level upgrades, which were pretty awesome. I found a Falchion fairly early on that had the "Spirit's Ruin" ability, which lets you inflict critical hits on normally-critical-resistant spirits. With Safiya's crafting upgrades, I was able to add a +5 attack and 2D8 electrical damage. I'd planned to eventually upgrade this to +8 attack, 5D6 electrical, and Persistent Haste, but never got the levels for the attacks, and didn't get enough Spirit Essences for the Haste). Still, even those upgrades still let me destroy everything up through the time I got back the Silver Sword of Gith.

My character build continued along the lines that I'd started in NWN2. I'd already earned all of my Red Dragon Disciple levels, so I was mostly continuing in Weapon Master, though I switched back to Fighter near the end. Weapon Master's biggest jump happens at Level 5, where you get an increased critical multiplier AND an extra +1 on all attack rolls; but, it's worth continuing to Level 7, which expands your critical threat range by 2. Since I'd also taken every single Falchion weapon feat (Power Critical, Improved Critical, etc.), I was critting ridiculously often for ridiculously high levels of damage. Above Level 7, Weapon Master just gives you additional Ki attacks per day, which become less useful the more you get (you're not likely to expend all of them in any boss fight), so I switched back to Fighter to get more bonus feats.

I didn't do anything too special with any of my companion builds. They're all locked into a single class anyways, so I just gave them the stats that worked best for that, and tried to focus on their chosen spell school or weapon ability as appropriate. One of my companions was an interesting critter who controlled his own leveling and couldn't use most equipment, so that was even easier to manage than the rest.

The first part of Mask of the Betrayer is very focused on your sense of isolation and disorientation. Whether you're importing from NWN2 or starting fresh, you're in a land where nobody knows you and you don't know what's going on. I thought it was nice that, starting late in Act 2 and especially in Act 3, they start bringing back elements from the first game, particularly callbacks to your other companions. It might have felt disappointingly brief if we'd gotten all of it at the beginning, but because my expectations were so low and I wasn't expecting to see them again, I felt particularly happy when they popped back up, even in a limited form.

The one thing that probably most disappointed me about the game was the abortive nature of your crusade. Even though I frequently declared my intention to destroy the Wall and overturn the order, the game ended with me "winning" by getting back my soul, but everything else in the multiverse continuing on the same as before, which felt a little deflating. I'm sure that there are alternate endings to the game, but I doubt that any of them let you tear it down. Which was a bit of a bummer; after all, Throne of Bhaal has already established the enormous changes a high-level player character can make, so I feel like there would have been some precedence for letting such a lore-altering action go forward.

Now, you can absolutely make an artistic argument for why they left that option off the table. Games aren't (or shouldn't) be all about wish fulfillment, after all, and one of the big recurring themes in D&D is that even gods are restricted in their actions, so it would have been fine to establish that you wouldn't have the power to accomplish your quest. Still, I was kind of expecting an option akin to the "Refusal" ending to Mass Effect 3, where you refuse to turn aside from your quest, even knowing that it will destroy you. It would have been a tough choice, but I think I could have gotten behind it: taking a mad, doomed course of action, not out of any hope that it could succeed, but merely because I knew that it was right.

Again, though, I can't get too upset about that, because it falls well within the purview of "this is the game they wanted to make," and pretty much everything else was great. I really dug the characters; Kaelyn was by far my favorite, but Safiya was very intriguing as well. Okku was gruff, but ultimately loveable; I never really spent all that much time with Gann, but he certainly seems pretty unique among companions in these series.

The story itself ended up being pretty cool, too. I cover this in more depth in my album, but a lot of the information you kind of incidentally absorb during the Academy segment in Act 2 ends up forming the foundation for the big revelations that drive Act 3. As best as I understand it, here's the ultimate sequence of events:
I think that's about it for background. What happens in the game proper may vary a bit, and I think you have several choices for how to end it (whether to accept the Crusade, whether to free Akachi or destroy his soul, etc.).  Anyways, it's pretty cool stuff. More details in the album.

And, that's that! If I had it to do all over again, I definitely would have skipped playing the original campaign of Neverwinter Nights, but on balance I'm really happy that I took this detour into the near-past of gaming. I can see why Mask of the Betrayer has such a high reputation, and seeing so much of its creative team  present on Torment: Tides of Numenara makes me extremely happy. I can also start to grok some of the information they've started releasing about the game; concepts like being able to transfer pain from your PC to companions, and making that choice something that affects both gameplay and how your companions respond to you, feels like the same kind of idea that people who came up with the spirit-eater mechanic would have invented, and I'm really looking forward to seeing that holistic approach to mechanics and story being realized in another game.

If anyone is looking for a recommendation, I'd say that it's worth playing NWN2 before MotB if you have the time to do it; despite a few reservations over it feeling a bit rushed, NWN2 is still a great game, and while it isn't necessary to enjoy MotB I think it adds some extra richness and texture to the game. MotB is certainly the crowning achievement, though.

It feels nice to look back over the series, and also feel finished with it. I don't feel particularly drawn to Storm of Zehir; from what I understand it hews closer to the Icewind Dale series, which isn't as attractive to me as the rich character-centric legacy of Baldur's Gate and NWN2. I kind of doubt that I'll replay these games, though the NWN2 games seem likely to hold up much better than their predecessors (both graphically and in terms of story); I doubt I would be attracted to an "evil run" of the game, though I suppose it might be interesting to switch up my parties and get to know some of the other companions better. Still, even if I don't replay them, I get the feeling they'll be the kind of games that worm their way into my memories and continue to influence the way that I think about games, and the potential of games, for the rest of my life.
Posted by Christopher Charles Horatio Xavier King III, Esq. at 8:01 PM