It’s been a long time coming, but I finally managed to snag a copy of Mr. Penumbra’s 24 Hour Bookstore from the library. It was well worth the wait. It’s yet another book that seems tailor-made to appeal to me, focusing as it does on the intersection of technology and literature, Google and bookstores, San Francisco and… San Francisco. 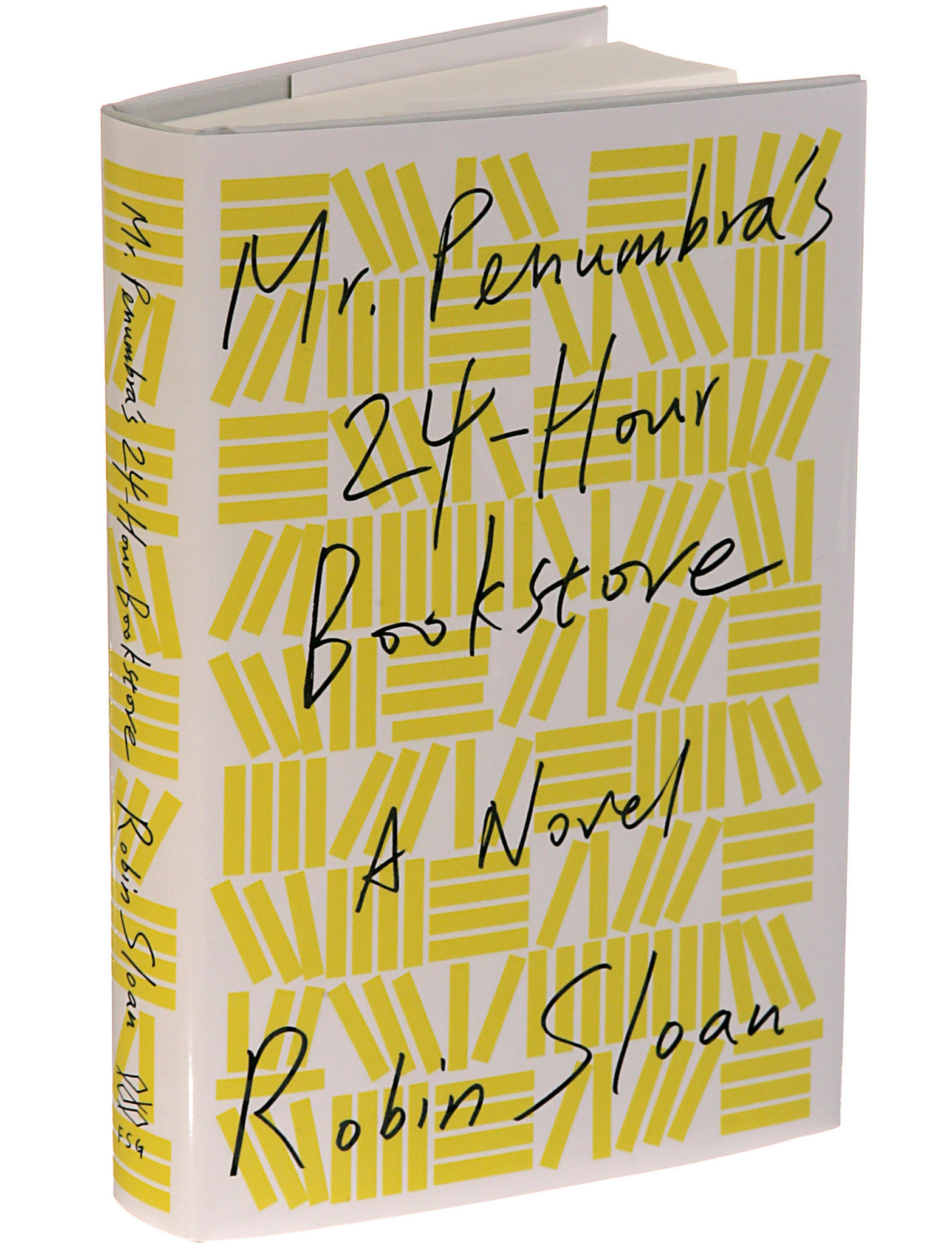 San Francisco really is a perfect setting for this story. In terms of scale, it’s small and intimate enough that you can completely buy into the coincidences and acquaintances that build up a social web in the story; I’ve had plenty of such encounters in my own time here, and that part of it certainly rings true. It’s also a city with a deep and abiding love of bookstores, with venerable stalwarts like Green Apple and City Lights and The Booksmith holding firm though the stresses that have shaken up so much of the industry. And, of course, it’s also the hub to much of the new innovations and startups in the country, with new ventures constantly popping up to solve previously-unconsidered problems.

The single thing I probably most appreciate about the Bay Area is how darn collegial people are. Folks around here tend to have an automatic default towards agreement, collaboration, cooperation. When two different ideas bounce into each other, people tend to start working towards synthesis rather than drawing up battle lines. That kind of spirit drives much of the plot of this book. I’m used to technology and literature being portrayed as in opposition to one another: discussions about how Amazon is destroying bookstores, how text messaging is destroying literacy, how ebooks are destroying books, etc. In MP24HB, though, technology is a useful aide that can enhance an already-good thing. It can help you glean more knowledge from a text, it can point you in the direction of new discoveries, it can make previously-obscure books accessible for all. Of course, as in real life there are those who dislike the new way of doing things, but the narrator is clearly on the side of the innovators.

Similarly, I was pleasantly surprised at how generous this book is towards genre fiction. Like a lot of readers, I first got started by reading genre books (in my case, mostly fantasy and a little sci-fi), without a lot of care for its quality. I read some great authors, but also some really awful ones, and even the great genre authors are often looked down upon by the literary establishment. I often feel like this is something I need to apologize for: “Tolkien is one of my favorite authors… oh, but I like Murakami and Pynchon, too! I’m not one of THOSE readers!” This book, though, makes a strong case for the value of such books. One that rung truest for me is how a shared love of reading can impact your real-life relationships. The narrator and Neel bonded together over The Dragon-Song Chronicles, and that bond has lasted for decades. I know from experience that one of life’s great pleasures is discovering someone who likes the thing you like, in the same way that you like it, and sharing in that joy together. It isn’t a static thing, either: Neel and Clay were driven to new heights of creativity from this shared love, weaving together their own stories as they planned pen-and-paper roleplaying games together. Again, this feels very accurate to me, and it felt great to have it captured here.

And, continuing along the fantasy roleplaying theme, I really dug how this book essentially had a class-based approach to its character development. This is explicit in the case of the Rogue/Mage/Warrior trio of Clay/Kat/Neel, but it applies to everyone. Each person has their own role and skills, and much of the fun in the book is seeing how they are deployed to solve particular problems that the "party" faces. Mat's artistry makes him a gnome illusionist, Mr. Penumbra's congenial devotion to institution makes him an ideal cleric, and so on. I like this idea of fantasy as a metaphor for real life: the excitement of an idealized fantasy role inspires the characters to step up and take extraordinary actions in their more mundane circumstances.

Some random thoughts: This book has what's probably the most upbeat, positive portrayal of Google that I've seen lately. It does a great job at capturing what's impressive and ridiculous about their culture. It isn't played strictly for laughs, but it's kind of nice to see them in a role where they're very powerful without being omnipotent.

The optimistic, collegial spirit of the book extends all the way to its villains, or more specifically, the lack of them. There is an antagonist, but even he ultimately seems more misguided and pitiful than malicious. This is ultimately the story of a group of clever people attempting to solve a puzzle, not of a clash between warring factions.

There are absolutely fantastic shouts-out to some of my favorite authors here in the sections describing the modern authors permitted onto Penumbra's shelves. Murakami, Stephenson, Gibson, House of Leaves, and more put in an appearance here. It shouldn't be surprising that I enjoyed this novel so much, since I seem to share a similar literary taste with the narrator.

One final small note on technique: there's a subtle but effective twist on the narration here that I don't recall having seen before. When Clay is talking with other characters, his reactions are usually given in prose rather than in dialogue. It often isn't immediately clear whether he's thinking or saying these words until the following paragraph where we see the other character's reaction. It lines up nicely with some of my own experiences in conversations, where I'm constantly engaged with the other speaker but might or might not be vocalizing my thoughts at any given time.