Cibele + Rambling Thoughts on What Games Can Do

So: one of my immediate inspirations for "playing games other than RPGs" was picking up the Humble Narrative Bundle, a ridiculously-lowly-priced collection of games. This included several games that I've had my eye on for a while, including Her Story and Random Access Memories. It also included one game that I hadn't heard of before, Cibele. After some cursory research, I realized that it would likely also be the shortest of the games, and decided to play it first. 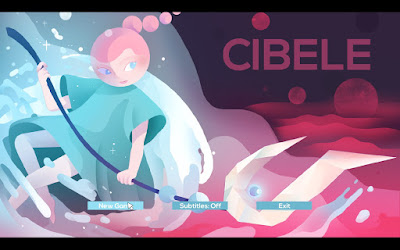 I really liked it! It's definitely on the artier side of game development, but that's a good thing.  There aren't challenging mechanics or an intricate choice-and-consequences system, but rather an immersive story that you participate in.

You play as Nina, a nineteen-year-old girl. I have never been a nineteen-year-old girl, and it was fascinating to inhabit that perspective over the brief ninety minutes or so of the game. Most of the game is played on a virtual computer within the game (not unlike the fantastic Digital: A Love Story, although this is a much more modern machine). Clicking around the folders, you see old archived emails, posts from a series of abandoned blogs, selfies throughout the years, and some extremely earnest poetry. It's a terrific way to communicate the character who you are playing by catching up on her history and semi-private thoughts. 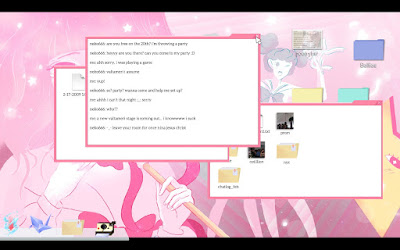 Nina is shy, and has always been a little insecure about her body. She had a few close friends as she was growing up, who bonded over a shared love of games, mostly RPGs like Final Fantasy X and X-2. Now in college, she has blossomed into a beautiful young woman, but has internalized her self-criticism. She occasionally socializes, but most of her time is occupied by going to class and playing Valtameri, a fictional MMORPG that she has been obsessed with for several years.

Much of the game Cibele is played inside the game-within-a-game of Valtameri, which you launch from your in-game computer. During these segments, I was vividly reminded of Felicia Day's terrific memoir Never Weird On The Internet, in which she chronicles her own addiction to World of Warcraft. Never Weird included a mortifying (and hilarious) passage about how she used to flirt with boys on the Ultima Dragons Prodigy site back in the 1990s, then met with them in person, discovered that she didn't like them as people, but had to spend intimate time with them anyways.

Again, this is all far outside of my own experience. I've occasionally played multiplayer games, but am just as reluctant to meet people online as I am in real life, and so I've never developed those digital relationships that Felicia or Nina Freeman describe. But, that's the power of this game - there is no button that says "Click here to sign out of the game and play a single-player RPG instead." So you are forced to continue playing, which means experiencing a level of emotional connection that I'm not used to dealing with. 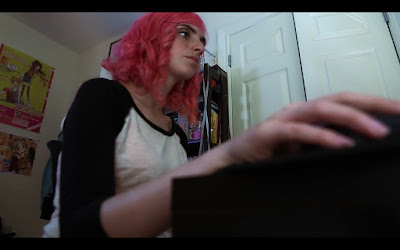 We learn from notes on the computer that Nina has been crushing on Ichi, the leader of her guild. As soon as I met him in-game, I was like, "Nope!" He's extremely negative, talking about how all the other players in the game are idiots, how all other games are dumb, why doing stuff besides playing Valtameri is a waste of time. Again, the game doesn't give you any options to control your response (except for three emotes, which I think are just cosmetic), but that's fine - this isn't a role-playing game, it's putting you in the shoes of a sweet, vulnerable 19-year-old and asking you to understand her experience.

Warning bells continued to go off in my head as the relationship deepened - they exchange more and more photos, with Nina's becoming increasingly revealing and provocative. For a little while I was worried that this was going to become a cautionary tale about revenge porn. Fortunately, it doesn't go there. I never really came to like Ichi (real name Blake), but I did gain some sympathy for him as I got to know him better. He's antisocial and shy, and playing the game is the only thing that he feels confident about. Yeah, that's not great, but given that that's who he is, you can see why he would feel (and act) the way he does. His mastery of his role in Valtameri gives him the confidence he needs to pursue a girl, and Nina is flattered by the attention and genuinely attracted to him. 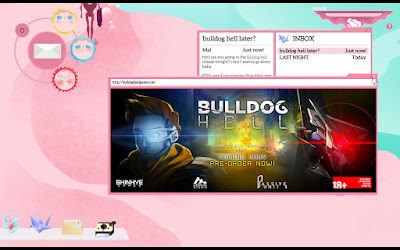 This might be a good place to note that Valtameri is a deeply stupid game. I think that's by design. You click on a bad thing and then auto-attack until it dies. That said, even though the gameplay is shallow, the fact that it's cooperative becomes really powerful narratively. The game is mindless enough that you can continue reading emails and writing chat replies while "playing" it and absent-mindedly chatting with Blake; but it's weirdly heartening to see that, for example, when you attack a mob, Ichi will break off what he's doing and rush over to help you. I found myself naturally returning the favor afterwards, and there was a comfortable, unspoken rhythm to the way we cooperated to accomplish this deeply dumb task.

That is brilliant. First, because the best way to create a bond with another person is to cooperate to overcome a challenge. It also helps you understand the context in which a relationship like this could start. Yeah, it's all digital and they've never met in person, but you can still have many layers of nuance in online interaction. The small kindnesses that we use to signal our care and interest in the physical world have counterparts in the online one, and can provide a graceful entry to the flirting relationship that Nina and Blake strike up.

The ending of the game seems cruel, but again, deliberately so. I found out afterwards that this is based on an actual experience of Nina Freeman, the game designer, and... wow, I feel sorry. But it also has a weirdly applicable relevance to how other games represent relationships.

Think of how many games there are out there where the male protagonist can sleep with a woman. In how many of those games does they then have a long and mutually rewarding relationship together? And in how many does the woman disappear, no longer a part of the man's story as he finishes the game? 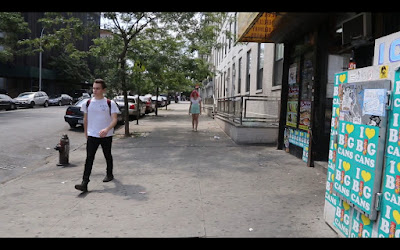 The answer is "a lot." And I have to admit, I haven't really thought much about that before. The game is telling the man's story, and this is one thing that happened to him. He got laid, it was cool, he moved on. After playing Cibele, though, hopefully I'll have more sympathy for the other partner in that relationship.

For the last few years, one of my main obsessions has been with empathy and video games. I think games have the potential to significantly improve our ability to relate to other people, to understand other experiences, to feel what lives would feel like if they weren't our own. One of my favorite authors, George Saunders, has said that "Prose, when it's done right, is like empathy training wheels." There's no substitute for actually meeting with people and getting to know them, of course, but one of the powers of the novel is the ability to share intimate thoughts directly with another mind who has not experienced those things. Video games are still in their infancy as an art form, but I think they may ultimately be even more successful than prose in accomplishing this. You're not just being told something: you're doing something, exploring a world, listening to how it reacts to your presence, seeing what options are opened or closed to you.

Of course, most games don't do this. They're often power-simulators that let us indulge in behaviors that wouldn't be allowed or possible in real life (killing thousands of enemies, saving the universe, building civilizations). But games like Cibele show how games can be even more powerful by taking the opposite approach and putting us in situations that we intellectually know exist but haven't personally experienced. What does it feel like to have a random guy creep on your Facebook? I still don't know, but I did get a little knot in my stomach when it happened in this game, and that gets me just a tiny bit closer to empathy than I was before.

I think it's those moments of discomfort that are the best elements of Cibele. I've played tons of other games as a female character, but they're generally games where the player character is always on top - Commander Shepard is a badass, and playing as a woman primarily just means watching a different body and listening to a different voice save the universe. Cibele is a story that could be our story if our lives were just a little different. There's a very small gap between her and we, and games like this help us understand the other side of that gap.
Posted by Christopher Charles Horatio Xavier King III, Esq. at 6:56 AM