I found something that might actually be useful to random folks on the internet!

As of this writing, the quests to unlock warrior specializations are rather obtuse. Unlike almost every other quest in the game, there aren't any map markers to show you where you need to go. The journal description lists the areas where you need to duel other champions, but there's no way to view area names on your map either, and some of the areas are huge and laid out in a confusing way.

After a few hours of wandering, I eventually found everything I needed, so I figured I'd share it here for anyone else who wants to become a Champion. Hopefully a future patch will add those handy map markers.

All three duels are found on the Exalted Plains.

Halin'sulahn: Head towards the Dalish camp. It's in the hills between the camp and the graveyard. 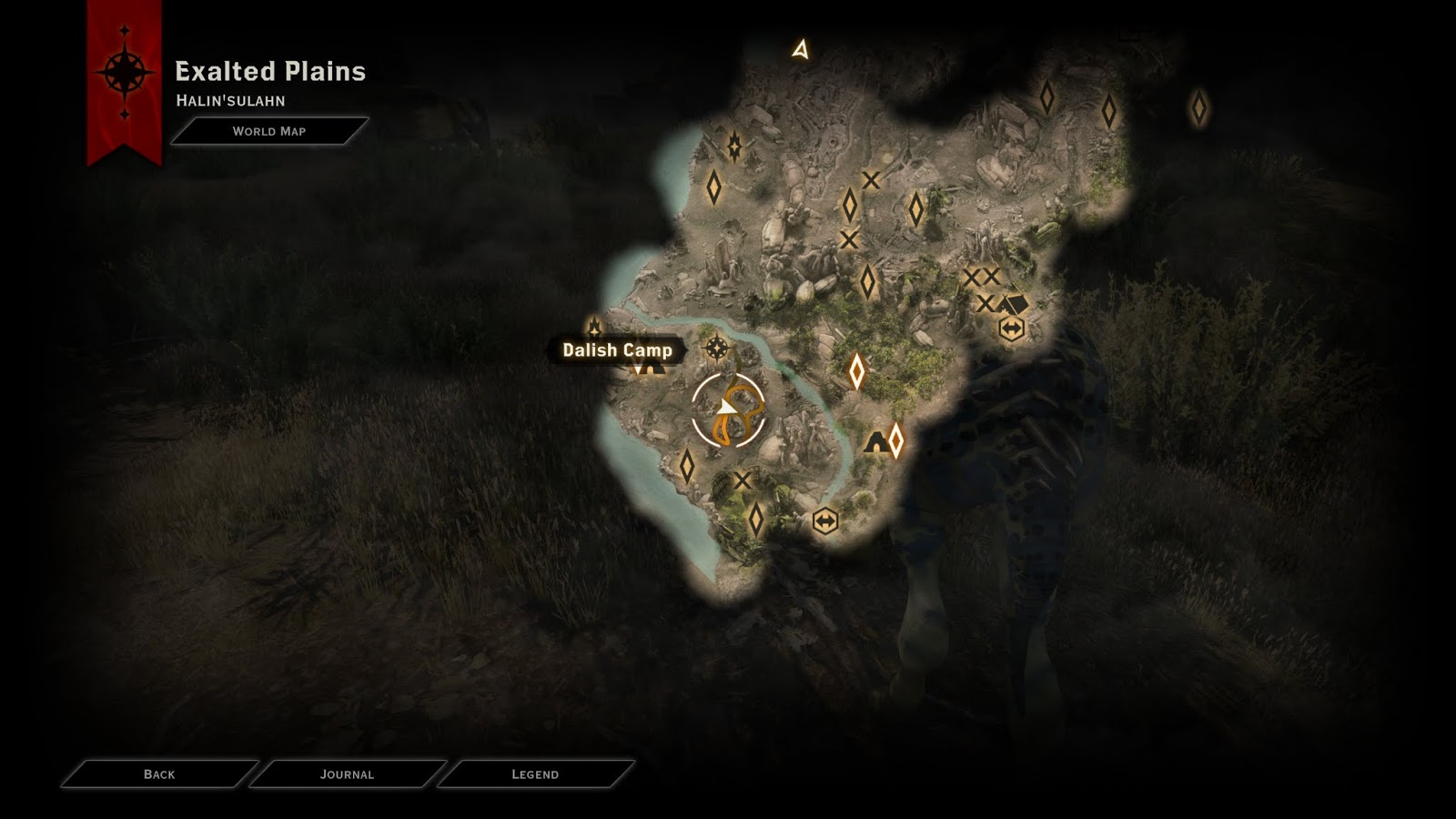 Desolate Bank: If starting from the camp, you'll need to actually leave the bank, rejoin the Path of Flame, then cut northward to go back to the Bank. 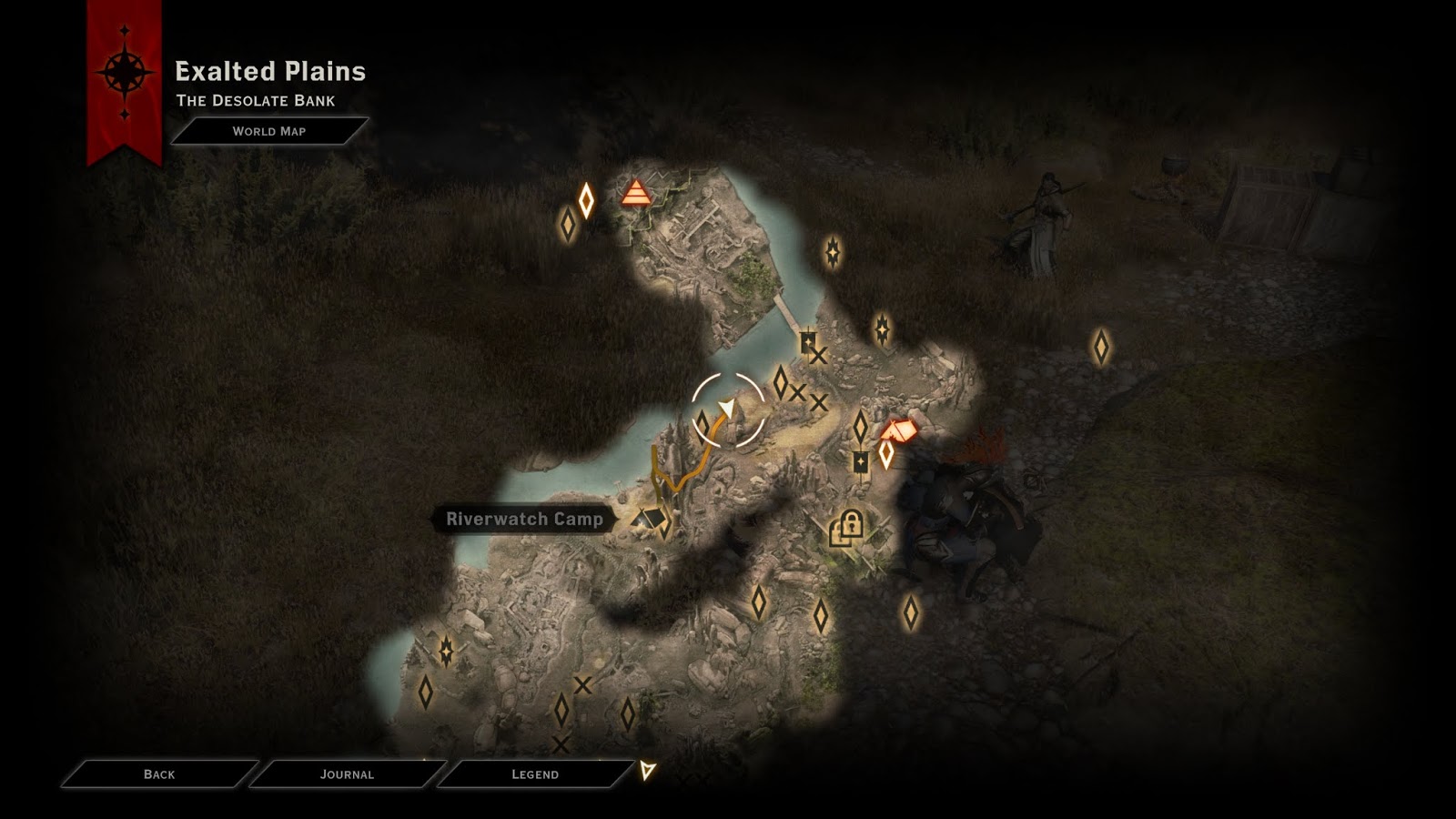 Ghilan’nain’s Grove needs to be opened first. Find its location southwest of the undiscovered Fens Camp marker. Return to your War Table and complete an Operation to open up the way for 5 Power. 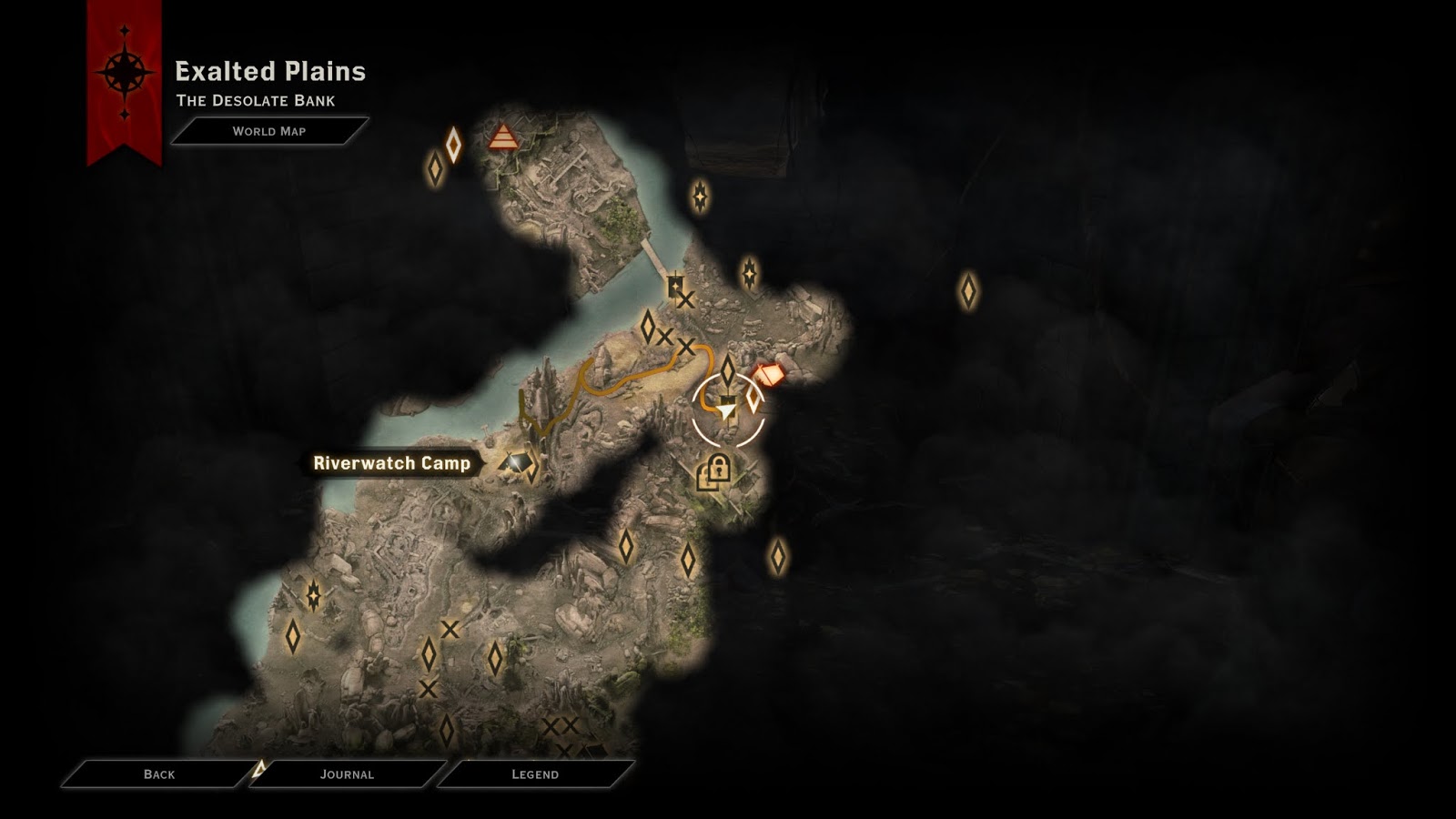 Then, follow the northern edge of the Grove until you find the passage housing the champion. 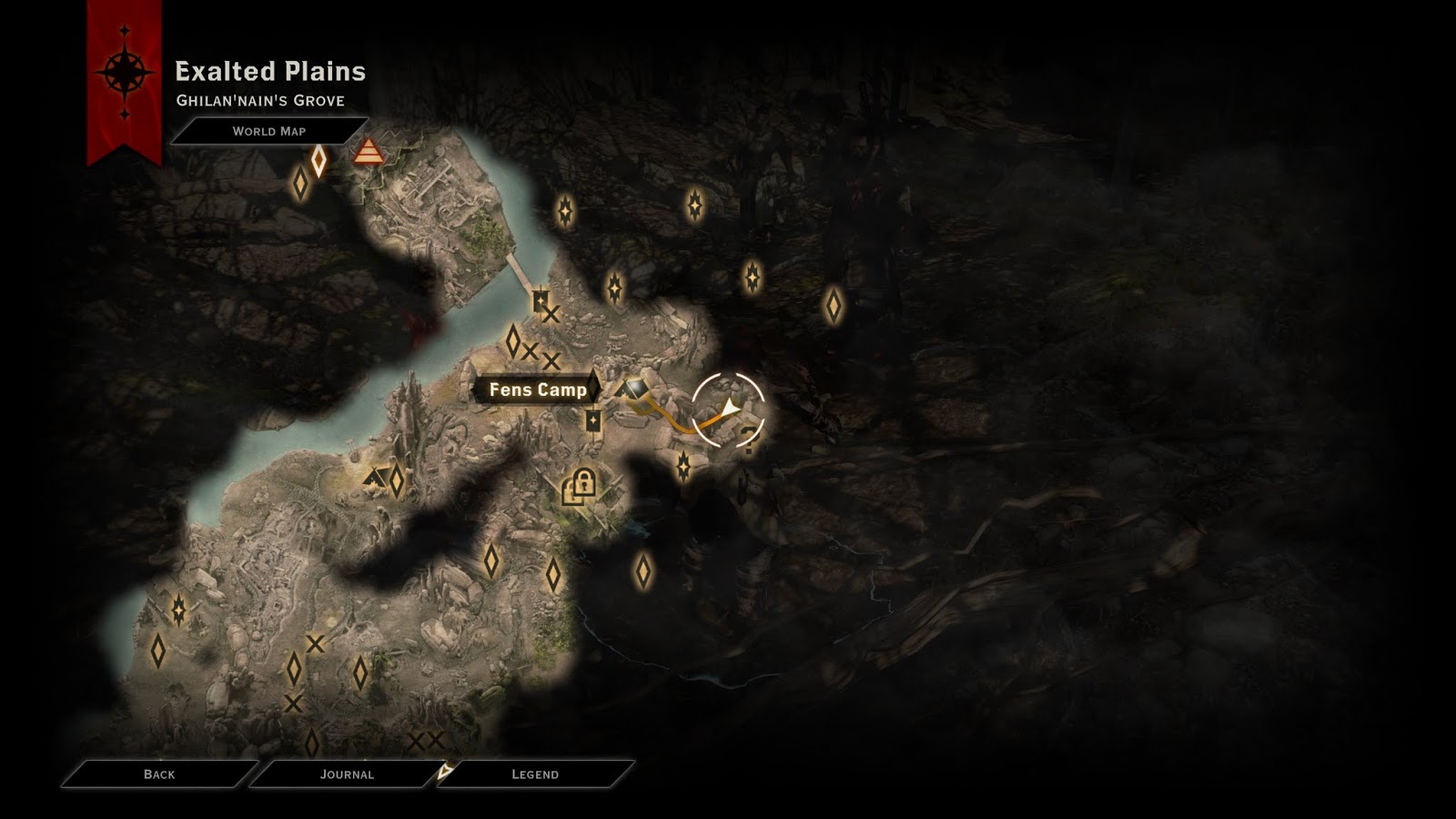 I threw together an album with these maps and a couple of in-game screenshots showing nearby scenery. Good luck!
Posted by Christopher Charles Horatio Xavier King III, Esq. at 7:12 PM