Welcome to the Jungle

It's my favorite time of year: California election time! Jungle primaries turn otherwise rote partisan elections into compelling matchups, and our ballot initiative process is an often-frustrating but always-entertaining flavor of direct democracy.

I legitimately love Californian democracy. This election is vote-by-mail-only, which is incredibly convenient: the state mails us ballots and in-depth pamphlets giving lots of information on the candidates and propositions, and we can research, vote, and return at our leisure. But, for folks who for some reason can't easily vote by mail, we're running early in-person voting centers at a variety of times and locations, making it easier for people to vote early regardless of their work or family situation.

Here are a few excerpts from the 60-page voter pamphlet I received: 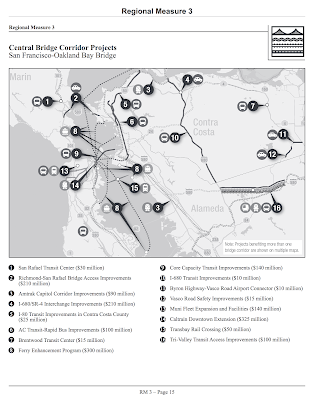 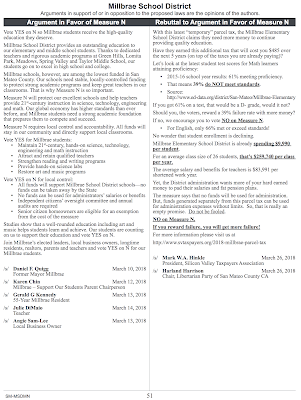 It's ridiculous, but awesome, and gives a political nerd like me a ton of material to chew over. Upholding my longstanding disregard for the sacred secrecy of the ballot box, here is how I'm voting this year.

Governor: John Chiang with a bullet. He is by far my preferred candidate. Realistically, this will end up being Newsom and someone else, and I hope I get a good choice come November.

Attorney General: Xavier Bercerra. I've been impressed at all his actions in the few months he's held office. This will be a crucial position for at least the next two years.

Board of Equalization: I'm voting Cathleen Galgiani, but Mahlia Cohen would also be a fantastic choice.

Senator: Kevin de León. I'm sure we'll see this matchup again in the fall, and I reserve the right to switch to Dianne Feinstein if she can convince me that her newfound principles are sincere, but she'll have to overcome years of bad action on surveillance, war, and censorship. That said, she's been a consistent champion of gun control legislation and some other positions I agree with, so I'd like to be convinced.

Assessor / Clerk / Recorder: Mark Church. He seems to be doing a good job at getting me my voter information pamphlet, at least!

District Attorney: Vote deliberately withheld. This race will probably get much more interesting in the next cycle thanks to the ACLU's terrific Meet Your DA campaign. For now, I'm sufficiently unhappy with the incumbent to withhold my vote.

Prop 70 (Make it harder to spend cap-and-trade money): Hard NO.

Prop 71 (Make sure all votes are counted before ballot measures go into effect): Yes.

Prop 72 (Encourage rainwater upgrades on private homes): Yes. The fact that this needs to be voted on is an argument against doing this sort of policy via initiatives in the first place, as this is fixing an oversight from a previous initiative. Let the legislature legislate, dangit!

I selected many of the local-race picks based on endorsements by people and organizations I trust. State propositions, local measures, and marquee races are driven by my personal political beliefs.

That's it for this cycle! I'm really curious if the increased activism around politics at the national level translates into greater involvement in local and regional issues. If so, that will be a pretty great silver lining to the dark times in which we're living.
Posted by Christopher Charles Horatio Xavier King III, Esq. at 7:13 PM