Six Mods and a Movie

As I alluded to in my first Caldecott post, one huge change between Antumbra and now has been the difference in the community. I was pretty invisible in my earlier works, and never got any recognition in the various contests and featured modules and other community-level things going on. Over time, though, Antumbra Saga has held up really well and gathered a good following. I’ve also become more personally involved in the modder community, participating in forum discussions and crafting wiki articles and helping others troubleshoot their own content packs.

On the whole, it feels like the community is much smaller now than it was back in 2013. People burned out or moved on, many got discouraged after the clawback of the Dragonfall DLC, and lots were satisfied with their existing contributions. A couple of us have continued making and updating mods over time, and a small but decent trickle of new modders periodically join in, typically after major new releases. 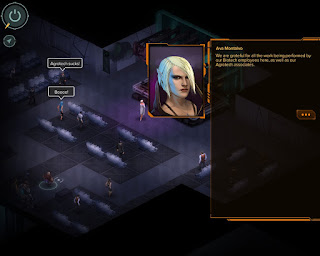 One advantage of the smaller community has been that it feels more connected. Everyone who is active knows everyone else, at least by reputation and presence. I think that helps things feel more collegial, without the factionalism that occasionally cropped up in the early months.

It’s been really interesting to see the difference in skill sets and philosophies that people have brought. Many people are hyper-specialized. There are some fantastic artists who love nothing more than creating beautiful 2D art assets for others to include in their mods. Gearheads will obsessively work to create huge arsenals of weapons and items, without any particular purpose but in faith that someone else will find it useful.

And many people, like me, are generalists, who can work across a range of disciplines and pull things together. I still do solo work, relying on the assets created by Harebrained Schemes; but many of the biggest and most exciting mods are team efforts, with a mix of people contributing their strengths to make something great.

The philosophical differences are really interesting as well; in the early days those discussions would get rather heated, though there seems to be a greater sense of laissez faire now. I think much of the division comes down to those who primarily know Shadowrun through the pen-and-paper game, particularly the recent Cliffhanger incarnation, and those who know it from other media (video games, books, or old-school gaming).

The former camp tends to prefer an especially grimdark version of Shadowrun. They can be very strict in their interpretation, stating that every Johnson betrays the runners, that there are no heroes, that every choice should be between two bad alternatives. They often try to recreate the sort of breadth which is possible in pen-and-paper roleplaying, offering (or encouraging the development of) a staggering array of conversation reactions, mission choices, branching plot lines, etc.

I’m very much in the second camp. This group tolerates a wider range of interpretations of the Shadowrun ethos, with individual authors incorporating humor, horror, satire, drama, melodrama, or balls-out action as they see fit. Storylines tend to be more linear, sometimes using pre-made characters, other times offering a narrow array of choices.

Personally, I’ve been happy with the range of approaches modders are taking to Shadowrun. It would be incredibly boring if every user-created mod felt like a clone of the same voice and gameplay, so it’s great to see people innovating in both technical and tonal dimensions.

It’s been kind of nice to work in my own little bubble. Too often I see things over-analyzed to death, and I think design-by-committee runs the risk of sanding out the weird little personal touches that can make each UGC feel distinct and interesting. But, on the flip side, getting more voices involved in the process can introduce more new ideas and spark new creative energies. There doesn’t seem to be a one-size-fits-all approach, and we’ve seen good examples of mods from both solo creators and collaborative teams.

Finally, a little rundown of the structure of the community as I understand it today in late 2015:

The original gathering place for Shadowrun modders was the forums on the Shadowun Universe. This has declined a bit in stature over the years; the developers from Harebrained Schemes are almost completely absent now, and the forums have become increasingly buggy over the years. Still, it’s my personal favorite place to haunt when I want to keep tabs on the community or get feedback about something.

The Steam Workshop is by far the most popular distribution platform for completed UGC; I personally see 90% of my downloads come from here. There’s usually a huge spike in activity when Harebrained Schemes announces or releases new content, which will lead to fresh subscribers and, a few days later, a raft of new comments. People seem to have gotten much nicer over the years, with less outright trolling. It’s also a great source of bug reports.

On the modding side, the Steam forums have some activity, but much less so than Shadowrun Universe. The discussions here tend to be from completely new modders, and I think that over time most of them either drop out or move to one of the more established modding sites.

Nexus Mods hosts the DRM-free versions of mods, which are required for people who bought their game from GoG or Humble Bundle instead of Steam. It’s much smaller, both in terms of how many mods it offers and how many users it has. That said, individual users tend to be fantastic: they tend to write particularly helpful comments and are very pleasant to interact with, so I’ve been happy to continue supporting them even though it takes more time than on Steam.

Nexus Mods technically has forums as well, which are very active for major games like Elder Scrolls, but are completely defunct for Shadowrun.

The Shadowrun Wiki recently underwent a major move from the old Wikispaces site to the new Gamepedia one. A handful of people contribute, and it’s a handy reference for the data it has, but it’s far from comprehensive, and doesn’t facilitate ongoing discussion or development.

Finally, many of the larger collaborative projects have their own private sites for communication between members, such as private communities on Google Plus. I haven’t been very active in these, mostly because I’d rather archive my words someplace where everyone can see them. But I can see the appeal of these in group projects, where you would want to share a lot of information without spoiling key plot points.

My personal MO for development through Antumbra and Caldecott has been:

On the whole, it’s served me rather well. I feel like I can give back to the community while never feeling like any obligations there are blocking me from cranking out my UGC. Lightweight contacts are the best kind!
Posted by Christopher Charles Horatio Xavier King III, Esq. at 7:46 PM